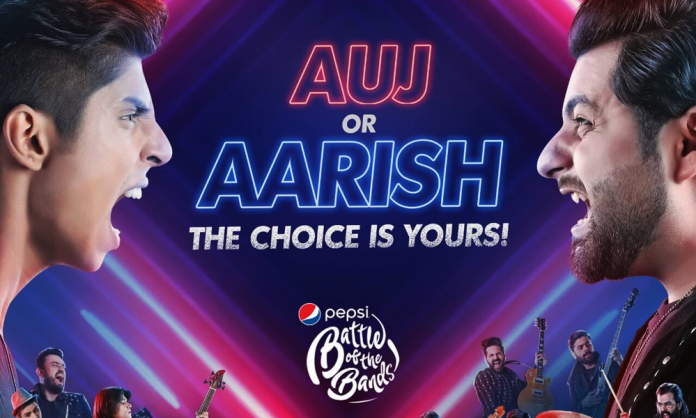 With only two mega contenders, Aarish and Auj fighting for the number one position, the Pepsi battle gets tougher and more exciting to say the least.

After an intense contest, the nation will now be witnessing who shall be crowned the Pepsi Battle of the Bands season four winner. And with only one last chance given to perform and win the audience, the two bands had no other choice but to bring their A-game on.

The jury’s job is done and now the fate of the bands depends entirely on the fans!

The episode consisted of two rounds. In the first one, the bands delivered their originals while in the second round, they presented covers.

Aarish took the risk and performed first saving their most favorite original titled ‘Umeed’. While the judges loved it, the band could now only hope that the audience would like it too.

The jury felt connected with the heartfelt mellow track and said they couldn’t wait to listen to their complete album in the future.

Auj’s response was equally magnificent, however, before the performance, it was revealed that one the band member’s father, who passed away from cancer three years ago had urged the band to try out for Pepsi Battle of the Bands.

While the band had been performing since 2009, they only thought themselves fit for the competition this year.

And it seems that good things surely come to those who wait and work hard. Their decade-long struggle and effort paid off as their performance on their most favorite original ‘Raat’ mesmerized the judges.

Meesha Shafi gave them a standing ovation and special praise went to the vocalist Abdul Rehman, who also penned the lyrics. Fawad Khan called him a ‘diamond in the rough’, while Bilal Maqsood thought the public was seeing Auj in their ‘full glory’ and requested the audience to vote for them.

Before the next round, we experienced a pleasant surprise in the form of Pepsi Battle of the Bands season three finalist Xarb. The band performed their new original ‘Siyaah’ in their true, signature gripping, haunting style.

In the second round was a true challenge since the bands had to cover songs by the legendary Ustad Nusrat Fateh Ali Khan.

Aarish chose Khan Sahab’s Halka Halka Suroor and gave it their own personal touch by incorporating spoken words. They also fused it with electronic dance music (EDM) to add different layers to the song.

The highlight was the special addition of DJ Faisal Baig, who is a pioneer of electronic sounds in the Pakistani music industry.

Auj responded with Khan Sahab’s iconic Sanware combined with a touch of some unique blend of hard rock riffs and electronic elements by Baig.

Praising the groovy performance, the judges felt they should release an extended version of the song.

The bands then paid respect to the remarkable jury and talked about how their criticism and judgment has helped them evolve along the journey.

The episode finally came to an end with another huge surprise in the form of Jal’s Goher Mumtaz performing on the Pepsi stage for the very first time. He performed a beautiful, melodic and holistic rendition of the band’s 2003 hit Dil Harey to tremendous affection from the live crowd. 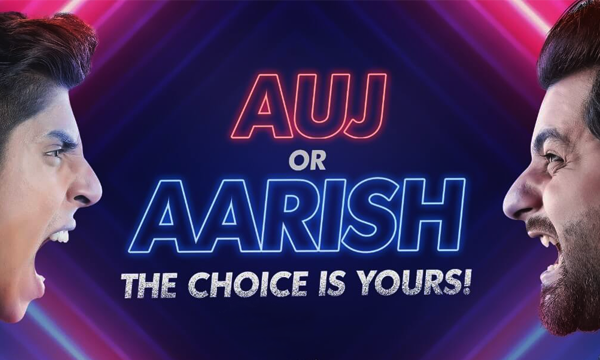 While the final decision will be announced two weeks from now, it all depends on the audience to decide who sits on the throne.

The winner of Pepsi Battle of the Band season four will receive Rs50 lac cash prize, an album contract, concerts all over Pakistan and lifetime royalties of original tracks performed during the show. The runner-up will win Rs25 lac and an album contract.

Download the Pepsi Battle of the Bands app on the phone and vote for your favorite band.

The clock is ticking so hurry up and vote for your favorite band before it’s too late!

Catch the exciting episode below!