Home Pakistan Tribute To The Poet Of The East Allama Iqbal With 21 Rare...
Advertisement 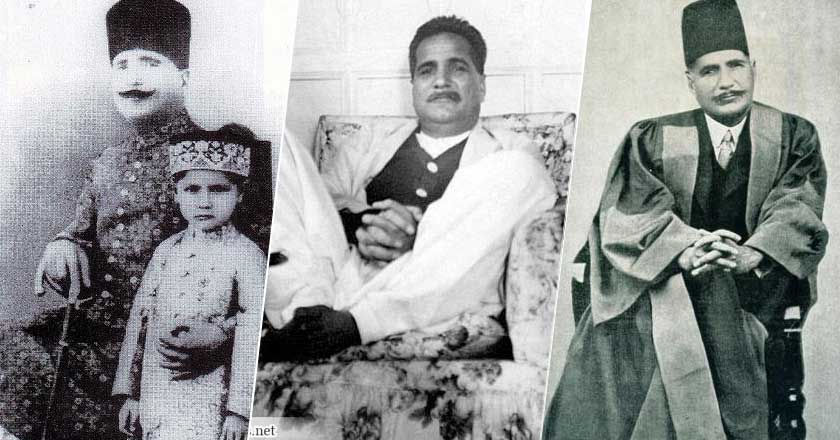 The 144th birth anniversary of the renowned National Poet of Pakistan and Muffakir-e-Pakistan, Dr. Allama Iqbal is being observed today on 9th November. Allama Muhammad Iqbal was the epitome of rich Urdu literature and one of the most instrumental figures in the history of Pakistan.

Born on November 9th, 1877, in Sialkot, Iqbal was a patron of the political, historical, religious, and cultural journal of Muslims of British India who played an important part in the Pakistan movement.

In his presidential address on December 29, 1930, Iqbal sketched a vision of an independent state for Muslim-majority provinces in Northwestern India;

9th November 2016 marks Allama Iqbal’s 139th Birth Anniversary and we have decided to pay homage to the greatest philosopher of all time, by compiling some vintage images and shots from his life.

Let’s view some of these pictures below:

Allama Iqbal with his son Javed Iqbal in 1930

Allama Iqbal at a reception given by the National League, London in 1932

Allama Iqbal in a relaxing moment sitting on a sofa seat

Allama Iqbal was a devoted Muslim. In this picture, he is seen kneeling on a prayer mat saying his prayers

A beautiful and rare shot of Allama Iqbal’s childhood with his Father, Sheikh Noor Muhammad

A memorable picture of Allama Iqbal with his son Javed Iqbal

A picture of Iqbal at his residence in Sialkot, Punjab

Mother of Allama Muhammad Iqbal who died on 9 November 1914. Iqbal expressed his feeling of grief in a poetic form on her death

A view of the conference in Jerusalem. Iqbal is seen sitting on the extreme right in the first row(1931)

We hope you liked our compilation of these vintage images of Allama Iqbal’s life. Comment below to let us know.

Stay tuned to Brandsynario for the latest news and dates.