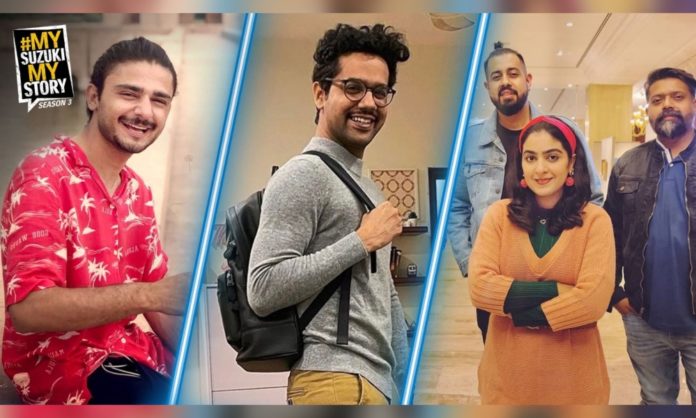 It takes us years of learning and socializing to evolve as a person and to grow as a human in your educational capacity and in the professional field you are in, but there’s always that one thing, one thought, one place, a person, or sometimes just a smell that takes you back into the life you lived ages ago. Those sweet little memories, those times that you still wish you could re-create or just re-live for whatever length you can.

Memories are a special force that drives you and motivates you in little things in life and carves you as a person. But have you ever thought that recalling memories can make you win something? Probably not! But what if we tell you that’s very much possible? Keep reading!

It’s widely known that Suzuki is a very well-established brand that has had hegemony over locals for decades and has been a part of an average Pakistanis life in some way or the other. Even when thinking of old good times there must be a Suzuki automobile in your memory, be it your uncle’s Mehran or your elder cousin’s bike you used to race around on, Suzuki as a household name holds some sort of sentimental value.

On these same notes and a similar pattern of memories, Suzuki launched My Suzuki My Story, a platform where people were encouraged to share their Suzuki-related memories depicting what part Suzuki played in their life in any format, be it a vlog, a story a picture or even a song. The last two seasons got immense popularity as thousands of aspirants got into the race to win the MSMS competition and the prizes associated with it.

This year, with Season 3, My Suzuki My Story is on its way to becoming a pioneering platform to give creators a floor to showcase their capabilities on a wider spectrum and to compete with a lot of similarly artistically loaded individuals. To make sure of this, they have onboard big names like Ukhano, Ali Gul Pir, and Bekaar films to emphasize the importance of such a platform and to make it reach a wider audience that would in return make a more creative impact overall.

To get yourself rolled into the process of nostalgia powered by creativity, all you have to do is record, write, shoot, sing or even draw, basically use any format, and send in your entry at www.mysuzukimystory.com.pk and get a chance to not just win the title but also win grand prizes like the all-new Suzuki Swift, Alto 660cc, Gixxer, GS150 and GR150. Sounds exciting right? Now go make your Suzuki Story shine!