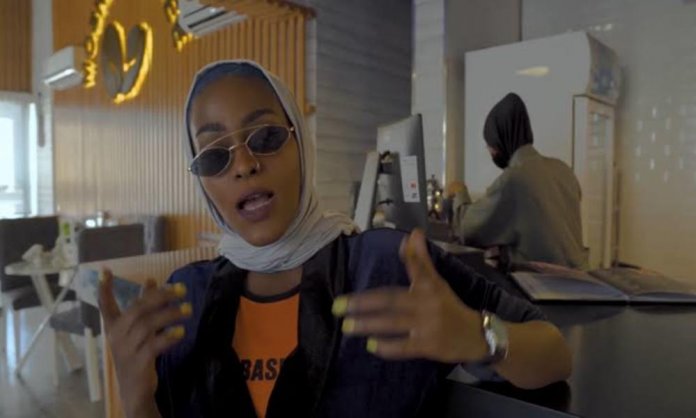 Saudi officials have seemingly ordered for the arrest of rapper Asayel Slay after she uploaded a music video for her feminist anthem “Girl from Mecca” on YouTube.

The video sports Asayel in sunglasses hanging out in a café with a group of children dancing in the background. The lyrics reflect her gratification of being a woman from Mecca, home to the holiest site in Islam, where millions flock every year.

The lyrics of the video are something like ”a Mecca girl is all you need/Don’t upset her, she will hurt you,”

According to Al Jazeera, the translation of the Arabic lyrics are “with her, you can complete the Sunna [get married]/Your life with her will become Paradise.”

It’s incredibly common for rappers to pay tribute to their neighborhoods, hometowns, and home states in their music. Nevertheless, Saudi officials reportedly don’t see Asayel’s song as a tribute to her seeds.

Authorities have called for her arrest, professing the song “constituted an act of blasphemy against Islam’s holiest city.”

Since then, Asayel has deleted her official channel and taken down the video. The rapper faced extreme racism after the video due to her skin color. Critics were quick to point out this situation.

Twitter users also criticized the inherently racist backlash to the song online, which encompassed calls for the rapper to be deported for her African heritage.

There were some people who believed the decision of taking the rapper into charge was outrageous.

I didn’t liket the music just because rap’s not really my thing BUT that doesn’t mean i can be racist towards her! People make dumb music everyday and she literally just kept on hyping y’all mecca girls up! Nothing bad/offensive was said so why are y’all so mad?
#لستن_بنات_مكه

Preachers of the religion demanded respect for Mecca

Makkah is a holy place intended to worship almighty Allah, I don't care about your skin color, Respect the house of Allah. #بنت_مكة

Others were taught racism towards the Muslim rapper.

What are your thoughts on her arrest? Let us know in the comments below!