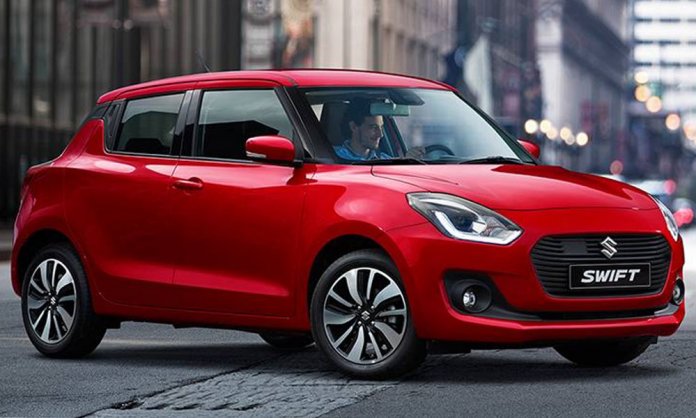 The car craze is on the rise in Pakistan. We have seen a rapid growth in the total sales and the total units sold in 2016-17.

In this article we will rank the popularity of the latest cars and why they were able to maintain a significant hold in the market. It gives a mileage of 16km/litre and a pleasant drive. Though it’s been a while since the launch of this beauty, it is still on a control of 70K access to its official price. Suzuki Swift has experienced an increase in sales and the total quantity sold. It sold more units than Mehran and Cultus but less than Corolla and City.

It is a spacious 1300CC car with a fine shape. Swift is the biggest competitor of Toyota Vitz (Yaris) and has taken over its market in Pakistan. Honda Civic since its launch has created a huge hype due to its new features, the 1.5 Turbo and the 1.8 version were welcomed warmly.

Though these cars were only for the elite class and were heavily priced at Rs 32 lacs the overall sales increased by almost 50% which is no surprise because of the brand reputation that Civic has in Pakistan.

Honda City was sold less compared to civic but there was an increase in the units sold compared to the previous year models. Suzuki Mehran is the 2nd most popular car in Pakistan. Though its sales were more than Civic and City combined they grew only by 2% from the previous years.

Mehran is Suzuki’s most well-selling car in Pakistan and is trusted for its durability. Mehran has a huge resale market and this is one of the prime reasons for its success.

Mehran is one of Suzuki’s most well-selling car in Pakistan and is trusted for its durability. It has a huge resale market and this is one of the prime reasons for its success. Suzuki Cultus comes in the list after Civic’s popularity in Pakistan and it sold around 15000 units in Pakistan. Its sales only grew by 1.62% compared to previous years.

The new Suzuki Cultus model has also created a huge hype since the time of its launch however they are less seen on the roads as yet. The newly shaped Corolla was not very charming when it comes to the Pakistani market. It was the only car that experienced a negative sales growth which was a huge shock.

The sales fell by 7% approximately which leaves a question mark on Toyota. To cover that up Toyota has re-launched Corolla with added features and labelled it as Corolla 2017 with a 70K increment in the price.

Wagon-R is the most popular car because of its great fuel average and affordable price. It has a good pick-up and perfect suspension installed.

Which is your favourite?