Home Sports 7 Pakistani Olympians Who Have Made Us Proud
Advertisement 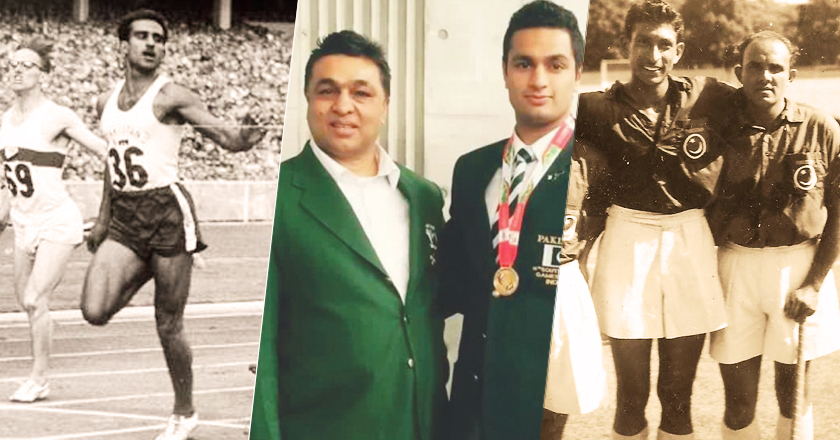 Every four years, the eager world of sports awaits the Olympics. Since its inception, the Olympics has been the stage where athletes from all over the world gather to showcase their strengths globally and compete for the highly sought after Olympic medal.

Whether it be the Football World Cup, Cricket World Cup, or Tennis Grand Slams, glory and the opportunity to engrave their name in history is all any athlete looks forward to.

There are names that one cannot forget, but they are not all of them. Over the years Pakistan has also had its fair share of Olympic triumphs. They might not be enough to see Pakistan as a threat, seeing as we qualify for a limited number of events, nevertheless, they are enough to make some names stand out and become a permanent part of Pakistani sporting history.

Pakistan first made their appearance at the London Olympics in 1948 and since then has been a part of every Summer Olympics, with the exception of the 1980 Olympics, which it boycotted along with 64 other countries. Having won just 8 medals in Olympics over the years, it seems like our medal tally will not be changing anytime soon with Pakistan’s national hockey team failing to qualify for the 2016 Rio Olympics and just a handful of athletes representing the country at the event this year.

However, this has not always been the case. Hockey has been our go-to game, not only as our national sport but also one we always looked forward to at the Olympics. With the opening ceremony of the Rio Olympics  just a few hours away, we now take a look at some of our Olympic alumni who made Pakistan proud at the world stage over the years. The 1960 Rome Olympics will be known as the most successful Olympics in Pakistan’s history. Not only did a contingent of 44 athletes represented Pakistan in 7 different sporting events, Pakistan also went on to win its first Olympic Games gold medal by defeating India in the final of the men’s hockey competition.

Munir Dar, known as one of the finest Pakistan ever produced was not only part of the team that won the gold in Rome, but was also a part of the silver Pakistan Olympic team won after losing to India in the final of 1964 Tokyo Olympics.

Coming from a long line of hockey players Munir Dar made his first appearance in the 1956 Melbourne Olympics where he won a silver medal.

He also served as the President of the Pakistan Karate Federation and as an executive committee member of Pakistan Rugby Union after his hockey career. One might remember this forgotten boxing legend as the man who won the country’s first Olympic gold in boxing, and a bronze at the 1988 Summer Olympics in Seoul, Korea.

Coming from Lyari, now known as the hub of our football talent, Shah made waves after making a name for himself at the 1984 South Asian Games followed by 1985, 1987, 1989 and the 1991 South Asian Games. His consecutive gold-medal-winning performances paved the way for him to represent Pakistan at the 1988 Olympics.

Making history, Shah will forever be known as the man for making history for Pakistan when he won the bronze when Pakistan was faced with the prospect of returning empty-handed after competing in six sports events.

When it comes to the Olympics, hockey players are the athletes behind our Olympic glory. Anwar Ahmed was very much a part of the team that won the Gold at the Rome Olympics as well the silver-winning team at the Melbourne and Tokyo Olympics. Adding to the list of his Olympic accolades, Anwar Ahmed was also responsible for the team that won the silver at 1975 World Cup, gold in 1974 Asian Games, and silver at the 1986 Asian Games. He served as Assistant Manager and member selection committee for the Pakistan Hockey Federation to the junior team which won bronze at the 1982 World Cup

When one talks about hockey, the name Saeed Anwar is no stranger to them.

Known as the “Ustaad”, for his innovations in the sport and his many tricks, the right-half was part of the team that had the honor of being the member of 1968 Mexico Olympic winning the second gold for Pakistan.

Not only that, he was also a part of 1964 Tokyo and 1972 Munich Olympics squad that won the silver.

Wrestling only comes second to hockey in sports in Pakistan. Muhammad Bashir, to date, remains the only wrestler in Pakistan’s history to have won an Olympics medal.

Competing in the 1960 Olympics, he won the bronze medal and contributed to Pakistan’s best ever Olympics performance.

Being one of Pakistan’s most celebrated wrestlers, Bashir continued to make a name for himself, with gold medals in the Commonwealth Games as well as the Asian Games where he won a gold at the 1966 games in Bangkok, two silver medals in 1962 at Jakarta and a bronze at the 1958 games in Tokyo. Another member of Pakistan’s most successful hockey team comes in the list of winning the most medals for Pakistan at the Olympics.

Competing in the 1960 Olympics, Motiullah won gold at Rome while also successfully securing silver at the 1956 and 1964 Summer Olympics in Melbourne and Tokyo respectfully.

Known as the “Flying Bird of Asia”, Abdul Khaliq might not have an Olympic medal to his name, yet is one of the most successful athletes Pakistan has ever produced. At the 1956 Olympics, Abdul Khaliq finished in the semi-finals of both the 100m and 200m races while finishing at an astounding 21.1 sec in the 200m race and finishing 4th in the semifinal heat.

With most of our Olympic glory being credited to our hockey team players, it is no surprise that this year’s event might once again be highly disappointing for the Pakistani contingent.

What remains to be seen, is whether the new age athletes representing Pakistan can make a name for themselves and the country at this year’s tournament.