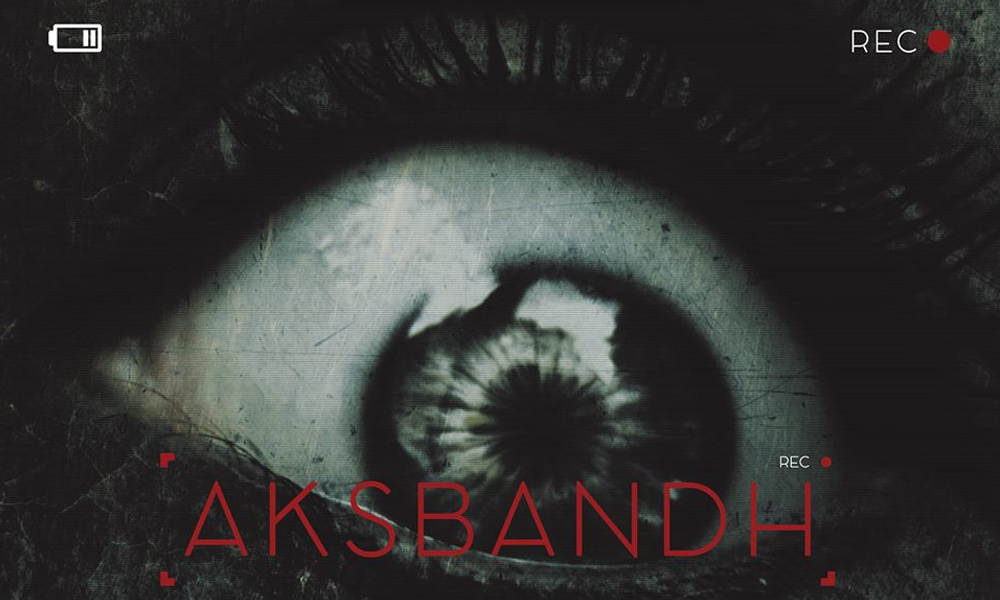 Following the success of films like Jawani Phir Nahi Aani, Moor, Manto and Mah-i-Mir, the industry is coming up with its first found footage horror film titled “Aksbandh”

Aksbandh is a story of six friends filming a horror movie. The adventurous fun trip gets out of control when one of them gets possessed by a supernatural presence and they find themselves in a mix of paranormal activities.

The cast of Aksbandh features fresh new talent Bilal Yousufzai, Danial Afzal Khan, Saud Imtiaz, Shehzeen Rahat, Mahrukh Rizvi and Arshad Ali along with Ayaz Samoo who has also co-produced the venture. Directed by Emran Hussain, the screenwriting has been carried out by both Samoo and Hussain.

Team Brandsynario sat down with the lead cast and crew of Aksbandh to dissect the theme and ideas behind the making of the film. The jolly lot was excited to share their views and experience and we found 6 reasons to watch Aksbandh.

Here are the 6 reasons that make Aksbandh worth a watch! Aksbandh is Pakistan’s first found footage horror film, produced by Cinematic Media and Big Idea Entertainment. Found footage are shot to resemble actual camera footage recovered from an event and a large number of films using this approach tend to be horror. Hollywood has explored this genre a number of times with films like “Blair Witch Project” and “Paranormal Activity” but it remains unexplored in Pakistan, until now.

Since Aksbandh is a low budget film, it does not rely on a start studded cast for success. The story and the fact that it is made on an unexplored genre remains its strongest element, unique selling proposition and hope for success. The cast of Aksbandh features fresh new talent Bilal Yousufzai, Danial Afzal Khan, Saud Imtiaz, Shehzeen Rahat, Mahrukh Rizvi and Arshad Ali along with the actor, model, writer, comedian, producer, VJ, Ayaz Samoo who is the only familiar face. He won great appreciation and an award for his outstanding performance in a negative role in Moor. Revealing a little about his role in Askbandh the actor said that he plays a comic character in the horror film as comedy remains his first love.

4. Experience visual effects in a Pakistani film like never before

Special visual and sound effects have been used to create the horror feel for the film and to portray the paranormal activity. Shifting from too realistic to the dramatic visuals that the Pakistani audience demands, this film is made combining both international and national cultures. (Hint: You will witness ghosts)

5. If you love the horror genre

If you love horror and you want Pakistan to keep experimenting with this genre, you should watch this film. Shot in a spooky abandoned location near Drigh Lake Larkana, Aksbandh promises to scare you enough to make you jump from your seat and claw the person sitting next to you. Because after all, what’s the point of a horror film if it fails to scare you.

6. Because it’s a film and not a drama

Cinema goers usually criticize Pakistani films to be more on the lines of long plays and dramas, this will not be the case with Aksbandh. Filmmakers claim that this will either be a good film or a bad film, but it will be a film as it is treated like one.

Emraan Hussain, the director of the film stated, “Aksbandh is Pakistan’s first found footage horror film of its kind, it is 90 minutes long and shot in the format to give it a real feeling to it and we hope to leave an impact on our audiences who come to watch this movie.”

Aksbandh is low budget and comparatively less hyped than most commercial films, but do go and watch in order to promote new talent and appreciate the attempt of venturing into a different genre.

The film is set to release on May 20th by HUM FILMS all across Pakistan.