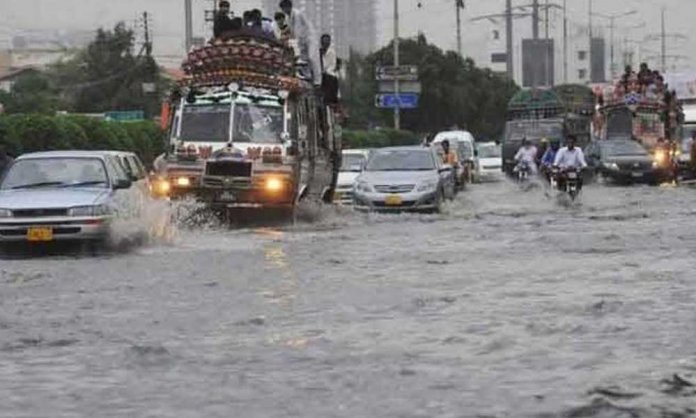 Rain in Karachi is nothing short of a blessing, especially considering how rarely it now occurs.

Karachiites get excited at any and every weather update that includes a rain forecast, and start dreaming of umbrellas and pakoras. The sight of underprivileged children enjoying the flooding streets brings back some semblance of joy and simplicity to the generally worried, anxious minds of Karachi’s residents.

However, while rain is great for plants and our hearts, there is another side to it that makes it rather dreadful for many.

Here are 5 reasons rain in Karachi does more harm than good:

1- Standing Water Yielding All Kinds of Infections and Diseases

According to WHO, standing water caused by heavy rainfall or overflow of rivers can act as breeding sites for mosquitoes. Therefore, chances of infections and diseases such as the following are enhanced:

While many of us make the most out of the rainy season from our glass windows and under our safe cemented ceilings, a large number of people are on the streets because the government decided to demolish their homes a few months ago.

Not to rain on your parade, but how can anyone in good conscience enjoy the rain in Karachi knowing that the majority of the city lives in informal housing ?

A good example of the same is residents of Ghareebabad, Karachi. This tweet aptly explains the distress of Ghareebabadis and how their misery is amplified due to the lack of safe outdoor spaces.

In light of #KarachiRain, it's important to remember that hundreds of Karachi citizens are sleeping outside because the city demolished their homes. In a city where outdoor spaces have no protection from the heat and the rain, the right to housing is sacrosanct. https://t.co/dnxmJpG7vM

3- Citizens Dying of Electrocution and Other Incidents

In #Karachi, and other parts of #Sindh 16 people lost their lives in #rain related incidents https://t.co/s8zsPlBQ6v #MonsoonRains pic.twitter.com/uyQ5rncxCG

According to various news channels, at least 16 deaths have been reported due to rain-related incidents in the city while many areas suffered from power breakdown that were still continuing.

Due to rain & electrocution in Karachi – At least 9 people lost their lives.

Karachi's situation is getting worse. People woke up to flooded streets & roads. Major electricity breakdown has also occurred. When will Sindh Govt take actions to facilitate the people of Karachi?

4- Flooding Streets Making it Nearly Impossible for Citizens to Commute

Rain in Karachi can lead to the roads and streets being flooded to the extent that the water can be anywhere from ankle-deep to knee-deep to deep enough to drown half of your cars in it.

This is Karachi for u with 20 mms of rain. Irony is that, still few better people of PPP are disgustingly busy in defending corrupts like Zardari and Talpur.@BBhuttoZardari u r ruling this province for 11 years and IDIOT u have the cheeks to talk about governance? pic.twitter.com/Zlww2LQ1Gb

Thanks to which, it becomes near to impossible for people to step out of their houses. Not only that, the water also causes damage to both parked and moving cars, which results to the cars either breaking down on the roads or refusing to start at all.

Of course, that worsens traffic on the roads and results to increased frustration in drivers, pedestrians and traffic authorities.

Moreover, rain also causes the occurrence of grave pits on roads, which gives rise to accidents.

Needless to say, when it becomes difficult to step out of the house, people are unable to reach their workplaces which results in more absenteeism which causes businesses to suffer.

Moreover, frequent electricity breakdowns that last too long make it difficult to work for employees who do manage to reach their offices somehow

How Can the Mess be Fixed?

Citizens brace themselves for disappointment whenever rainfalls in Karachi get heavy.

Being a biggest revenue generating city still karachi is always abandoned when there’s a heavy #RainInKarachi, traffic jam, no system of sewerage, Fail to provide electricity! And lost of precious lives. Who shall stand responsible for all this???? #Rain

Major responsibility to take care of the city falls upon the shoulders of the government and concerned authorities.

Instead of reacting on the situation at hand, the government must pay attention to forecasts and be proactive. The only way these calamities can be avoided is if the government takes preventive measures ahead of time.

So Karachi has received the whole year's rain in only two days. Wow! Meanwhile, there's urban flooding in the city and worse load-shedding in several areas. As usual, the city and provincial governments have miserably failed – #KarachiRain #RainInKarachi #KarachiWeather

The government must put a special focus on housing, infrastructure, and electricity to ensure that citizens can take rain in Karachi as the blessing that it is instead of dreading it for the hazards.

Let us know in the comments, and stay tuned to Brandsynario for more news and updates.