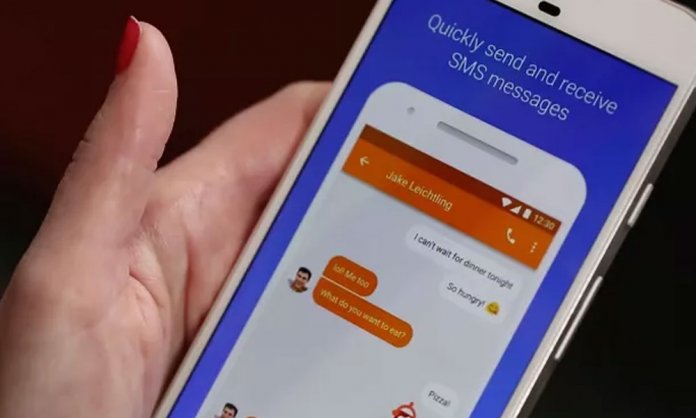 Android Messages is finally catching up with iMessages, as Google rolls out the ability to send and receive text messages via the web, along with a few other fun features.

Google has been working on integrating RCS (rich Communications Services) into its messaging services, which requires carriers to upgrade their networks in order to implement new features.

In other words, it’s a 2.0 version of SMS, where features seen inside messaging apps will be available via text, such as the ability to create rich group chats, see typing indicators and read receipts, share high-res photos and videos and more.

While it’s not quite there yet, Google is heading in the right direction and updating features for Android Messages, now introducing five new abilities.

A highly anticipated and top-requested feature, ‘Messages for web’ will be rolled out starting Tuesday, allowing Android users to sync their smartphone’s text messages with a desktop. This is something that iOS, Whatsapp, Facebook Messenger and others already provide their users with, but as the saying goes, better late than never. To get started, users must open ‘Messages for web’ in Chrome, Mozilla Firefox, Safari, or Microsoft Edge (not available on Internet Explorer) and, using their smartphone, scan the QR code.

Writing LOL may not cut it while a clip of someone spitting their coffee out in laughter is exactly what is needed, which is why GIFs are so popular. Now on the left-hand side of the Android Messages compose bar is a + button that will open up a search for that perfect representation.

You’re on the go when somebody texts you “where are you?” and instead of wasting time typing up a response, there will now be the option to tap potentially fitting replies like ‘Be there soon’ or ‘On my way!’. For the moment, Smart Replies will only be available in English with more languages to come over time.

The name says it all. Links that are received will now appear much like they do in the Facebook or Twitter news feed, with a picture, headline and first sentence. This way users can have an idea as to what they’ll possibly be clicking on.

Users may find that when an app — such as the banks — wants to send a code, they need to jump between the two windows confirming they’ve remembered it correctly. This feature now allows that password to be copied and pasted directly.

Apart from´Messages for web,’ which rolls out Tuesday, the rest will be available over the next week. And for those particularly keen to see if they’ve received the features, they can watch out for the update.