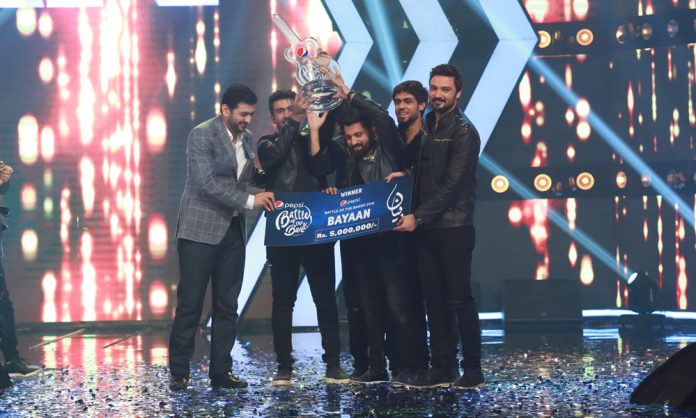 Pepsi Battle of the Bands 2018 grand finale was aired last Sunday. The riveting competition has finally come to an end and we will miss seeing the weekly episodes.

The season gave us eight weeks’ worth of amazing musical memories and unveiled a diverse pool of talent. Yet again, Pepsi has done a stellar job at promoting Pakistan’s music through the band culture – now revived and appreciated.

The passionate journey that began with more than 400 bands has drawn to a close with soulful Xarb and the powerful Bayaan.

Pakistan voted for their favorite band and we must admit that the final decision was tough to bet on! The last episode was nothing short of brilliant and kept us on the edge of our seats from the beginning to the end.

We have all been fans of the band’s iconic track that was featured in Bollywood movie ‘Zinda’.

For the BOB finale, Faisal Kapadia and Bilal Maqsood improvised the gripping melody and we bet the song will be on a loop in your playlist!

All those who follow the songstress on Twitter would know how excited Shafi has been for her new release.

The best part about the musical piece was the use of Tibetan singing bowls in the rendition.

With their magical sound, Meesha and the band gave us goosebumps as they performed the mystical melody.

The track has gone viral on social media in no time and is being called Meesha’s best tune yet!

If you haven’t heard Mein by Meesha Shafi, you are missing out some great Pakistani music released in the recent times. Absolutely phenomenal. Produced by Xulfi, one of the best. ❤️

J.J along with his band ‘Vital Signs’ were the ones who set the bar for pop and rock music in Pakistan.

His band member and Pepsi Battle of the Bands music producer and mentor, Shahi Hasan seized the chance and recreated the icon’s patriotic tune ‘Maula’.

Watching his band perform the evergreen piece and dedicating it to our homeland, may have been a proud moment for Junaid Jamshed.

4) Fawad Khan Wowing us with a Phenomenal Original

The heartthrob effortlessly stole the spotlight in the show as he set the stage on fire with a rare melody  ‘Satrangi’.

Dressed in white, Khan and his band delivered a grand musical routine, complete with the beat of drums, dhol and ‘daandiya’’

We have seen Xarb and Bayaan battle it out in musical war zones various times in the past few weeks. We could not have been more proud of them as they performed for the final time in the season.

Meanwhile, Xarb rocked the stage with their groovy tune “Kashmakash”

And then came the nail-biting moment, we all had been waiting for! The hosts announced the winners of the Pepsi Battle of the Bands Season 3 and we finally came to know who was Pakistan’s most voted.

The winning band is none other than ‘Bayaan’.

The boys took the coveted trophy home winning a cash prize of 5 million rupees, an album contract with Pepsi, concerts across Pakistan and lifetime of royalties on their music!

The runner-ups Xarb did not go empty-handed and received a cash prize of 25 lakh rupees and an album contract.

The Director Marketing PepsiCo, Salman Butt took to the stage and applauded the show’s success along with its powerful impact on band culture in the nation. 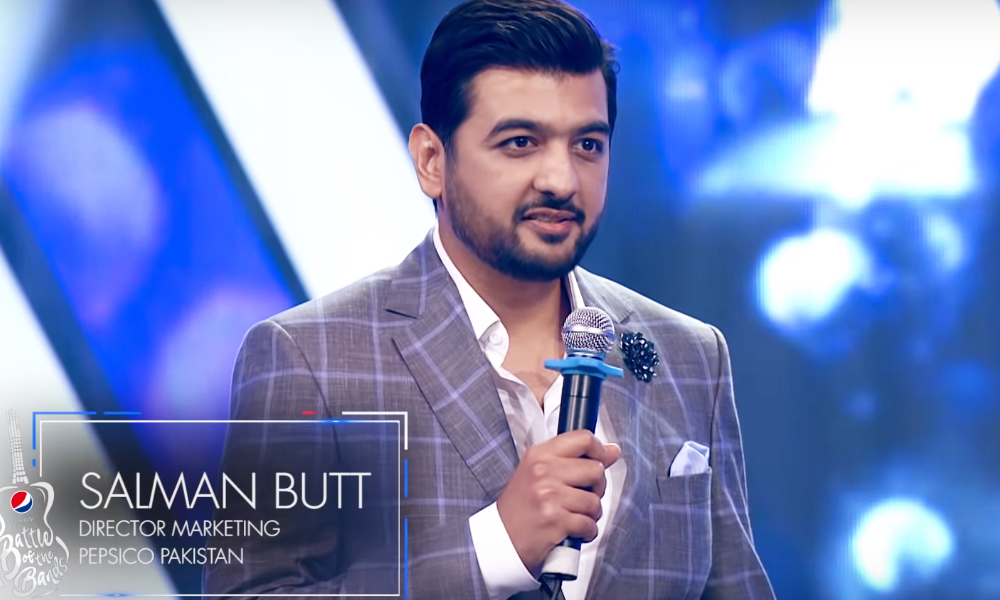 Take a bow, Pepsi! The beverage powerhouse did what was much-needed, making it loud and clear that the brand will continue to promote Pakistani talent and music for years to come.