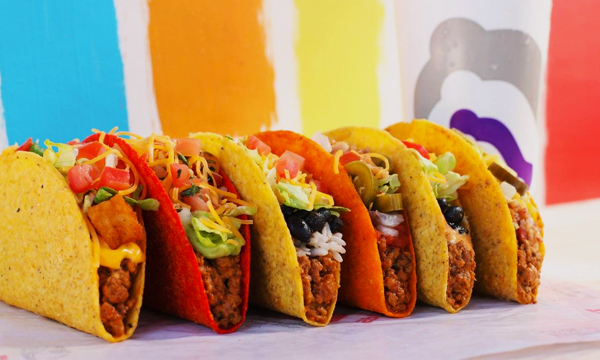 Pakistan is no stranger to international food chains. Some of the biggest names have already integrated themselves well within the local market. Some even have a presence in multiple cities. And while we all have grown accustomed to these chains, there are a few there are still to open up here.

We made a list of places we hope will soon open up an outlet in Pakistan so we too can update our Instagram with flashy pictures.

This one is hardly surprising. Recently there was a fake news of Starbucks opening in Pakistan and everyone lost their mind. That alone shows how badly we want the chain to open here. We feel left out honestly when the rest of the world is going crazy over those unicorn frappes we make do with our Gannay ka sharbat and do sabr. Pakistan has a serious dearth of good places that sell tacos. Some local food chains might be serving them on the menu, but we aren’t quite sure how authentic they are. That being said, we really hope Taco Bell comes to Pakistan soon. They are extremely famous for the delicious pies, but more than that, people have been ordering their sirloin steaks and chicken wings. We do have a lot of steakhouses in Pakistan, and no, we don’t count chicken cutlets drowning in white sauce as steaks. But one look at the steak being served at Applebee’s we know nothing here can compare. Plus we won’t complain about having a nice big slice of pie afterward either. We have quite a few places serving Pan Asian cuisines in Pakistan and most are doing quite well. Wagamama is one of the most famous Japanese/Asian food and noodle house in the UK. Surely it will open its doors in Pakistan as well.

This place is the true representation of fast food and as American, as it can be. Think of greasy burgers, fries and hotdogs and you’ll find the best ones at Five Guys. We really hope they open up a franchise in Pakistan. While they did try to open up in Pakistan a couple of years ago, they weren’t quite successful. Could be we weren’t ready for them then. Now, however, we really hope they do open up. More than their food, we really appreciate their social media persona. Recently a Twitter user tweeted asking them how many retweets would it take for them to give him for a year of free chicken nuggets. The brand instead of brushing it aside, responded and got a lot of positive coverage. So much effort for chicken nuggets, we really want to try them out too! Yes, yes, we know this isn’t a real place. We also don’t mean a Breaking Bad themed cafe. We wish there was a place here like Los Pollos Hermanos. It certainly would make watching reruns of the show easier, especially the scenes when Hank is seen chewing on some crispy chicken!

Which international food chain do you want to see in Pakistan? Let us know in the comments below.