If you are an Android user, then you probably have a cool phone by Samsung, Xiaomi, or some other company.

If you are very much impressed by the brand, you probably own a few other products manufactured by them because they are reliable.

Similarly, there are automotive manufacturers who not only build and produce some of the most reliable vehicles in the world but also have a green thumb for manufacturing several other products as well.

From jets to trains, tanks to sausages, these manufacturers can do wonders!

As much as it may come as a shock to many, it’s true! Volkswagen, one of the world’s most renowned brands in the automotive industry, also produces sausages in its factory. Reportedly, the brand has been providing them since 1973, and they are more popular than their cars!

Their curry-wurst sausages are made in-house with a team of 30 employees, which consist mostly of trained butchers. We hope to try this one day!

While Toyota is famous for producing great family cars, little do many know that the automotive titan also constructs magnificent homes.

Toyota has been doing this work for 44 years now, Toyota Motor Corporation first entered the housing industry in 1975. In 2010, it re-branded itself as the Toyota Housing Corporation.

The company has successfully built more than 250,000 homes that too in only Japan. So if you want to live in a house made by Toyota, move to Japan.

Recently in Pakistan, automotive manufacturers reached out to the government to help with the current pandemic crisis. According to the manufacturers, they wish to help make ventilators to help hospital staff in treating Coronavirus patients.

On the other hand, GM’s Dodrill-GMR was the world’s first mechanical heart that was used by surgeons to perform open-heart surgery using a bypass machine successfully. Since then, GM made its name in the medical field as well.

Honda not only makes fast cars, but it also makes fast jets! The Honda HA-420 HondaJet can be purchased for those who are willing to invest big bucks in HondaJet. The aircraft has been manufactured for business practices. It can carry up to 6 passengers at a time and has a range of 1, 653 miles for a price-tag of $3.5 million!

Under the name Mitsubishi Electric, this brand produces anything and everything you can think of! From refrigerators to real estate, they do it all! Mitsubishi is also active in the mining, shipping, shipbuilding, financial services, and even in electronics industries.

Which brand surprised you the most?

5 Highest Mileage Vehicles in the World! 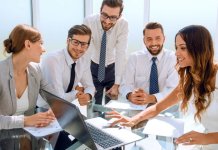