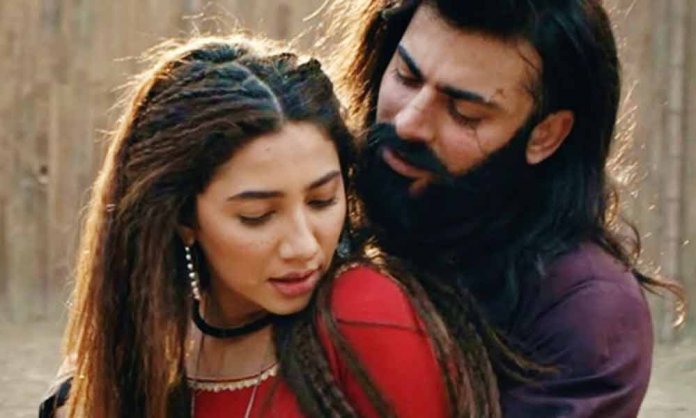 Pakistanis are very keen on spending on movies and let’s be honest, good films are like therapy.

2020 is here and there are already plenty of exciting Pakistani movies on tap for next year. To help you keep up to date with all the new releases, we’ve put together this list because there is an impressive number of very exciting releases set to hit the big screen in 2020.

The biggest hits of the year 2019 that stood out were Sherdil, Superstar, Baaji and Parey Hut Love and here’s the list of most anticipated movies that will grace the screens in 2020!

After Vivek Oberoi announced a film on IAF Wing Commander Abhinandan Varthaman, a Pakistani filmmaker has reportedly decided to make a comedy film on the Balakot airstrike incident.

While Bollywood is planning to make a movie on IAF pilot Abhinandan, who was held captive by Pakistan, we are to release a comedy film. According to news reports, veteran Pakistani writer Khalil-ur-Rehman Qamar will pen down and direct a comedy movie on the apprehension of IAF pilot Abhinandan.

After Superstar, the actor is now set to appear in Nabeel Qureshi’s upcoming feature film, Quaid-e-Azam Zindabad. She will star alongside Fahad Mustafa. Khan previously worked with Qureshi and Mustafa in Actor-in-Law where she had a cameo. This is the first time she will star as a protagonist for a Nabeel and Fizza production.

Humayun Saeed’s upcoming film London Nahi Jaunga, written by Khalilur Rehman Qamar and directed by Nadeem Baig is set to release on Eidul Azha 2020. The film also appears to be a sequel to Punjab Nahi Jaungi, however, the actor clarified in an interview that it is a completely different story.

Given the film is supposed to be breezy family entertainment, comedy, romance, drama, and a little similarity to his film with Mehwish Hayat. However, the female lead for this one has not been finalized yet.

4. The Legend of Maula Jatt

Directed by Bilal Lashari and produced by Ammara Hikmat, this film has a star-studded cast alongside Mahira Khan, including Fawad Khan, Hamza Ali Abbasi, Gohar Rasheed, Humaima Malik, and others. The movie is rumored to grace the screens at the end of December.

Starring the Pari actor Junaid Akhtar, Fawad Khan, and Mahira Khan, the comedy film will be produced by IMGC. It will be written and directed by Syed Atif Ali. The film is supposed to be a comedy one and we’re quite eager to see what this movie has in stores for us!

Starring Emmad Irfani and Ghana Ali, the film is produced by Dr. Irfan Ashraf. Gawah Rehna is a historic drama based film that revolves around 1920 British colonial era. The movie is a tribute to unsung heroes of our independence movement and the brave Turkish nation.

The power couple Yasir Hussain along with fiancée Iqra Aziz will be gracing the screens in the 2020 action movie and the will is written and directed by Abu Aleeha. The director released horror film Kataksha followed by a crime thriller Tevar within a gap of less than a month. Half Fry is expected to go on floors soon.

Starring the dapper Mikaal Zulfiqar and Sadia Khan, this movie is a love story in the backdrop of the fall of Dhaka. Huay Tum Ajnabee is directed by anchor and journalist Kamran Shahid whereas it is produced by the popular actor of the 70s and 80s who is Shahid Hameed.

The movie is a story of a young boy named Bhura, his love of goats and his strained relationship with his mother.

The team behind this movie comprises talented emerging movie makers and story-tellers. The movie is produced by Jami, directed by Ali Abbas Naqvi, written by Mir Areeb Ali and Naqvi, while Shajee Hasan is Director of Photography (DOP) and Saqib Hayat Rajput is Production Designer. The music is composed by the Sufi folk-rock band The Sketches.

Something exciting is coming your way! Its something ive never done before and frankly, all best things in life come with some risk! Im super excited to be working along this team of kind people! Stay tuned! #kahaydiljidhar

Singer and actor Junaid Khan is making his debut as the lead actor in an upcoming film alongside the Laal Kabootar starlet Masha Pasha. The movie is being directed by Jalal Rumi who is a well established TVC director.

Abdul Khaaliq Khan’s directorial debut Lafangey began shoot just recently. The film is tapping into a new genre that has not been explored much in Lollywood. Lafangey is the first horror-comedy for Pakistani cinema.

The film features four male leads namely Sami Khan, Mani, Mubeen Gabool and Saleem Meraj. Whereas Nazish Jahangir is making her debut in films with Lafangey as the female lead.

Naseem Vicky will be debuting as a film director. The comedian will be writing and directing a Punjabi film which will be produced by Kamran Ejaz and Amjad Rashid of IMGC. This will be the 5th production of IMGC for the year 2020.