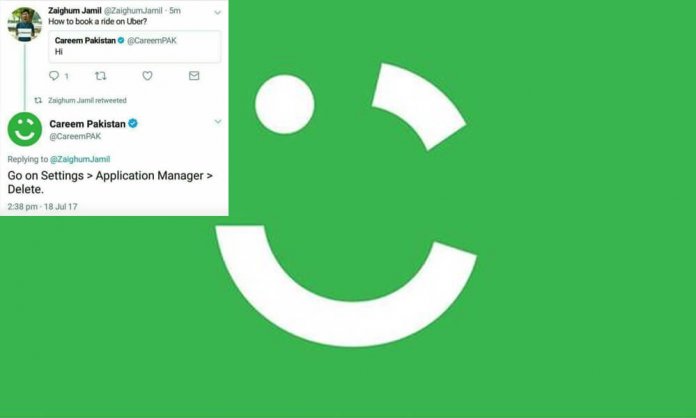 Although we don’t know these famous people personally, witnessing a brawl on social media between our beloved celebs is always interesting.

10 Old Pakistani Food Brands That Millennials Are in Love With!

Celebrities and influential personalities are not the only ones making social media interesting for us. We have these popular brands who do not sit idle when they are being roasted on social media. Let’s be honest, it’s 2018… everyone has to maintain a good social media presence if you want to sustain, and the brands we are about to mention in this article, they mean business!

So here’s a list of brands with their savage social media responses that prove they are the biggest trolls on social media.

2. Wendy’s throwing some fire at McDonald’s so they can cook their frozen patties

.@McDonalds So you’ll still use frozen beef in MOST of your burgers in ALL of your restaurants? Asking for a friend.

3. Stupid question by Old Spice. We don’t blame the response!

@OldSpice Is your deodorant made with really old spices?

What we need to mention here is that OPTP was severely criticized by digital publications and everyone else on social media for their rude social media replies. Let’s not forget, we take everything too seriously in our country.

5. This is what happens when you ask Wendy’s for advice

Apologize for being wrong.

6. What a roast by Royal Mall

@IHaveABirthmark Sorry to hear that, when exactly did your mum post them & what service was used?? ;-D

7. Can’t tell if they’re being sassy or just wanted to give better advice

@JRhodesPianist Hi James, that's a lot of texts! Maybe next time you should try sending 1 text to 246 different girls…

8. Maybe, Kris Jenner should design accessories for Staples instead!

Celebrity mom, Kris Jenner, tweeted a photo of “Kris Jenner Signature Collection Elegance Pearl Necklace” which looked like it was made of paper clips and pearls. Staples, a Canadian office supply retail chain, clearly didn’t leave the chance to troll her with their clever tweet.

9. When K-Electric Won The Internet With its Public Service Message 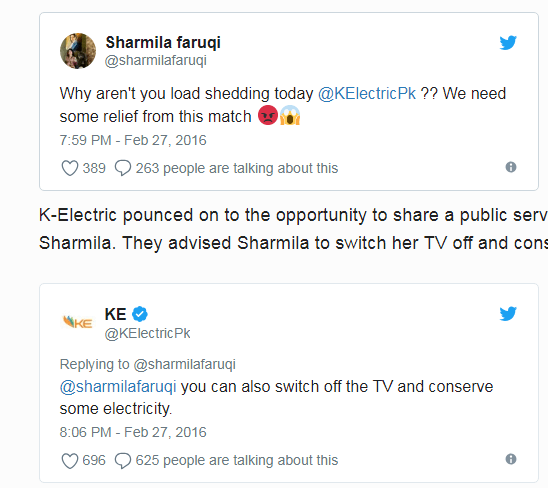 10. Last but not the least, Espresso Pakistan’s distasteful message that landed them in hot waters

We have added this particular example to let you know that there’s a difference in being creative and rude. In an attempt of being sarcastic, Espresso Pakistan cashed on a child’s death for their marketing campaign. A 9-year-old boy died after being run by a vehicle during a rally of former PM Nawaz Sharif. In the extremely poor taste, Espresso posted the ad above on their Facebook Page. Though the cafe might not have intended to mock a child’s death, it failed horribly, enraging users on social media.

We don’t want to end this post on a serious note, so here’s a request:

In case you’ve been living under a rock, here’s the reference video:

Coming back to the topic, if you have any more savage responses by brands to add to the list above, let us know with your comments.

10 Pakistani Celebrities & Their Brands You Had No Idea About!