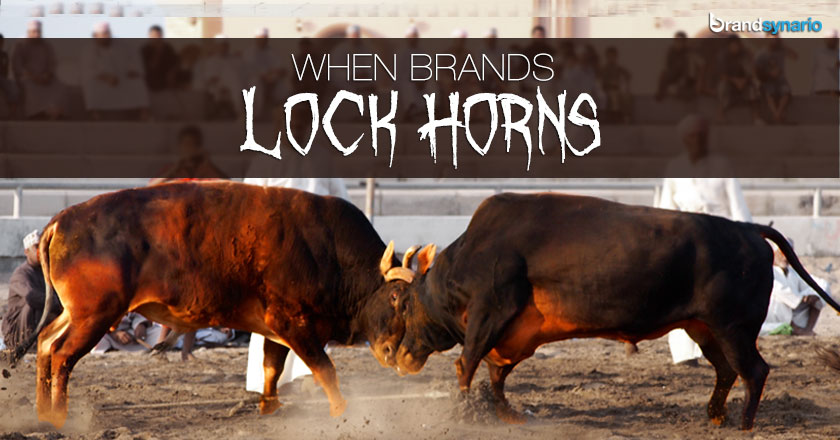 Competitive advertising has turned out to be a subjective phenomenon in the contemporary world.

With the momentum of competitive advertising skyrocketing these days, all players are expected to be on their toes. One missed out on the move from your rival and bang! Your sales shall face the doomsday.

Whatever the case may be, as consumers, we enjoy the leg-pulling to every extent. After all, most of them use appeals like humor and wits, embellished with sheer creativity, to create an entertaining show for us.

Here are some examples of some competitive advertising campaigns that created a severe impact on our minds. Nokia is famous for bashing the competition out with its sharp marketing tricks. From jabbing on Twitter to bullying TVCs, they make sure that the game realizes their existence.

One of the most hilarious TVC’s showcased a children festival, where the parents were clicking pictures of their blooming babies. Nokia used crazy humor to stab the claim of the iPhone, stating ‘an iPhone takes more photos…’. Check out the TVC yourself!

However, we did not realize that Ufone would squeeze the juice out of the brand name of Djuice through this catchy phrase in one of the TVC’s. They say “ab juice vitamin D ka ho ya C ka, sab par jaega pheeka” (whether the juice is of vitamin D or C, it will turn tasteless). Burger King has attempted to fire bullets at Mcdonald’s since its inception. Whopping its way out on the beef content and juicy texture, Burger King keeps dreaming of snatching Mcdonald’s empire of consumers.

In this campaign, they got hold of the mascot of Mcdonald’s, Ronald, iterating that even he goes to Burger King. Seriously?

Courier services are all about quick delivery and responsiveness. Though DHL claims that it is everywhere, FedEx ensures that it is ‘One Step Ahead‘ of the competitor in all domains. This thought was creatively articulated in the truck ad below:

This war has the potential to be called as the ultimate ad battle of the century. Pepsi and Coke leave no stone unturned when it comes to showing each other realities.

There are like gazillion examples of this ad battle. However, the recent Halloween campaign broke all records in terms of appeal. We could not stop smiling on the wits that the brands used and the way they spontaneously responded to each other. BMW loves to target the muy macho. Mercedes loves to flaunt its luxury.

However, when one of the automobile giants claims that it can bring driving pleasure, the other comes out and says, “so what, I can bring that too.” Now, it does not matter how I bring it. This ad campaign is a sure shot example of a sense of humor yet classy advertising tussle. When Jet Airways announced humbly that we have changed and now you shall experience even better services, they forgot how smart Vijay Mallya is.

The billionaire of India has got enough power to achieve any advertising space he wants, and the way he used it to tell the consumers how jet airways changed is nerve-wracking!

Shampoo brands have mostly been at peace, but when they come at war, it gets terrible and direct just like it did when Dove gave a face-palm moment to Pantene through a billboard. Have a look. If you think that brands only target those in their immediate competition, then think twice. Coke has brilliant marketing talent that can pick on almost anyone standing even miles away from them.

This time, it was Starbucks who fell prey. People shall ponder over standing in queues to get Starbucks after this campaign. Even the nutritional drinks do not refrain from displaying their prowess in terms of vitals. They keep informing about the improvements in their formula to enjoy consumer loyalty.

This campaign is eye-popping in terms of how brands can even compete in advertising on a rational basis.