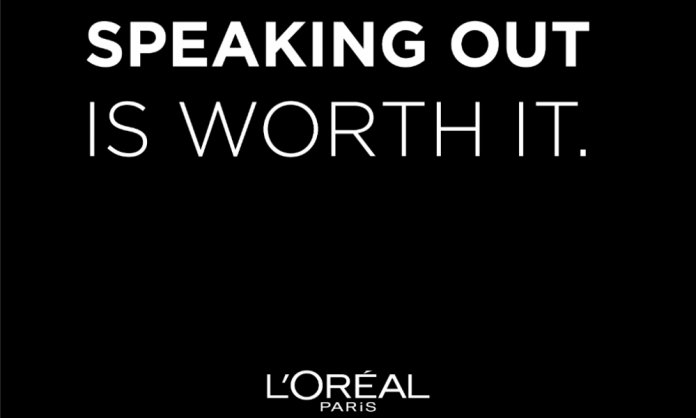 Tensions flare in the United States after the uncalled death of George Floyd. Protests have been taking place around the country for six days, and this time, the corporate world has also spoken up! Nike, Adidas, Facebook, Netflix, Disney, and L’oreal are some of the brands that have supported the #BlackLivesMatter cause. These brands stand tall and condemn the racial injustice prevailing in America.

Companies like Nike have taken action swiftly by taking a much more public stance on racial profiling and police violence.

Here are the various brands that have joined the #BlackLivesMatter movement:

The sportswear giant has released a campaign, “For once, Don’t Do It,” playing smartly on its tagline, urging people to stand up in solidarity and stop racism.

Streaming giant Netflix addressed the issue, stating:” To be silent is to be complicit, Black lives matter.”

To be silent is to be complicit.
Black lives matter.

We have a platform, and we have a duty to our Black members, employees, creators and talent to speak up.

Similar to Nike, L’oreal also made a play on their tagline saying: “Speaking Out Is Worth it!”

L’Oréal Paris stands in solidarity with the Black community, and against injustice of any kind. We are making a commitment to the @NAACP to support progress in the fight for justice. #BlackLivesMatter pic.twitter.com/4VDZUAdgXv

Mark Zuckerberg announced that Facebook would be donating $10m to organizations that are working on racial justice. 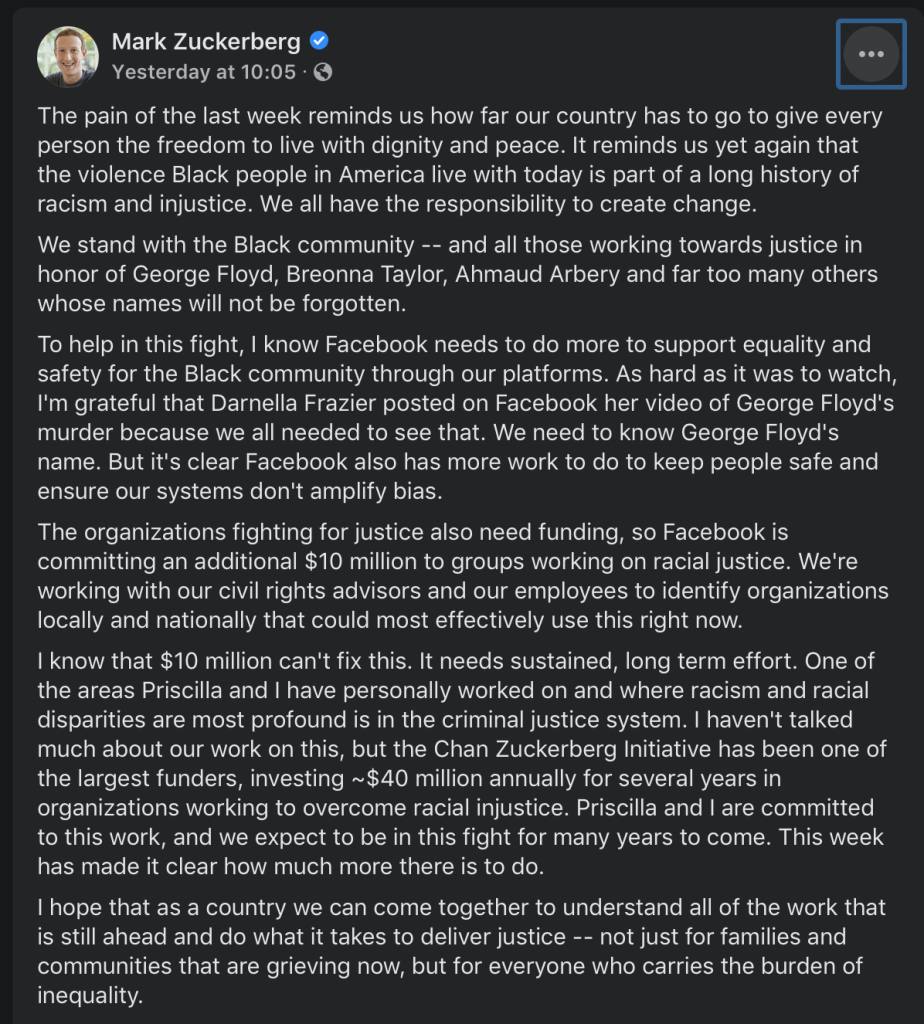 We stand with our Black colleagues, employees, fans, actors, storytellers — and all affected by senseless violence. #BlackLivesMatter

To the black community:
We see you.
We stand in solidarity with you.
This can no longer be the status quo. pic.twitter.com/LpE7HHp3qU

In a turn of events, Adidas has shared Nike’s message and urged people to bring out a change together. This is the first time the competitors are seen to be collaborating for a cause.

Ben & Jerry’s took to Twitter on 27 May, two days after George Floyd’s death, to share its “heartbreak” and express support for the Black Lives Matter movement. The ice-cream brand has previously stood against racial injustice four years ago, too, and believes things are just as relevant today.

4 years ago, in the wake of Ferguson, we felt compelled to support the #BlackLivesMatter movement. We’re heartbroken those words are just as relevant today. These racist and brutal attacks against our Black brothers and sisters must end. #JusticeForFloyd https://t.co/7ngefmtqnu

We call for justice. #BlackLivesMatter pic.twitter.com/GKrThyxru9