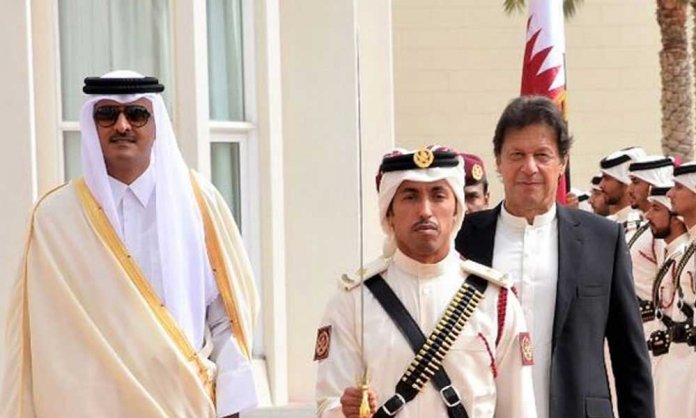 Dr. Firdous Ashiq Awan, Special Assistant to the Prime Minister on Information and Broadcasting, announced to the media in a meeting on Monday that Qatar will be investing a sum of $3 billion in Pakistan in the form of direct investment and deposits.

This was decided after the Emir of Qatar Sheikh Tamim bin Hamad Al Thani’s visited Pakistan. Through the investment Qatar has expressed confidence in the future of Pakistan’s economy under the PTI government.

“By announcing this new investment package on Monday, the size of the Qatari-Pakistani economic partnership will amount to nine billion US dollars”.

said the Qatari foreign minister said in a statement.

The meeting was held by the Council of Pakistan Newspapers Editors (CPNE). She also mentioned that Prime Minister Imran Khan had announced the facility of visa on arrival to Qatari citizens.

The PTI government has high hopes attached with these developments, and hopes that the investment will help ease the economic burden on the public of Pakistan.

Awan explained that this step and Qatar’s investment in Pakistan is aimed to aid in the following:

Another good news that Awan announced was Qatar’s lift on the ban on import of Pakistani rice.

We hope that these developments in Pakistan will bear the intended fruit for Pakistan. What do you think?