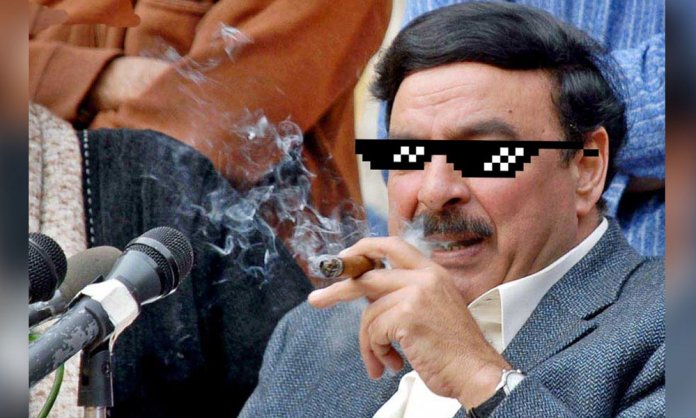 Yes, cricket came back home last night, the City of Lights witnessed the grand PSL 2018 Final in the city of Karachi after 9-long years of waiting! According to a report, 90% of Pakistan was watching the match live! However, PSL was not the only thing that made the headlines.

We know a ‘thug life’ internet celebrity who is known for his hilarious tweets and epic comebacks, none other than our very own Sheikh Rashid.

The politician was present in the stadium to support Pakistan step towards eliminating terrorism. While there, he decided it was a good idea to have a ‘chit chat’ with the youth! 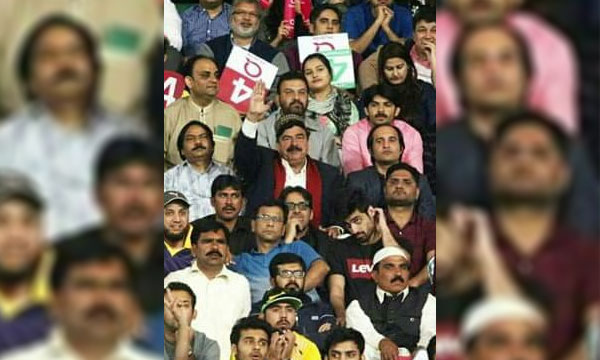 He made sure everyone knew that it really didn’t matter which team won the trophy because, at day end, it was a victory achieved by Pakistan!

Everyone was very impressed with Sheikh Sahab because of his open views, which won the youth’s hearts last night!

For those who tried to troll him, failed MISERABLY! 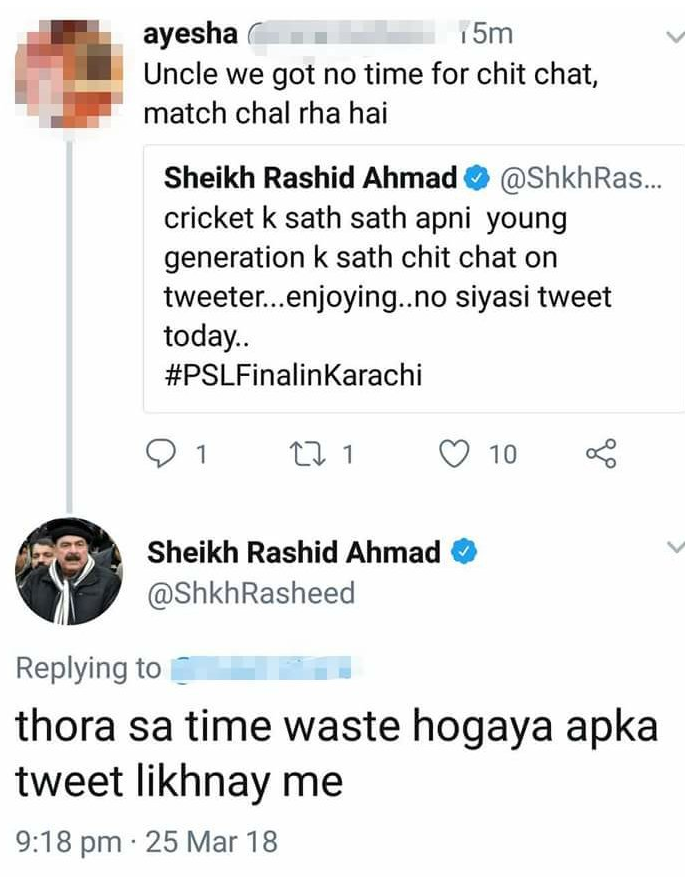 He even roasted Kamran Akmal for the embarrassing misfield that probably cost Peshawar Zalmi the match! 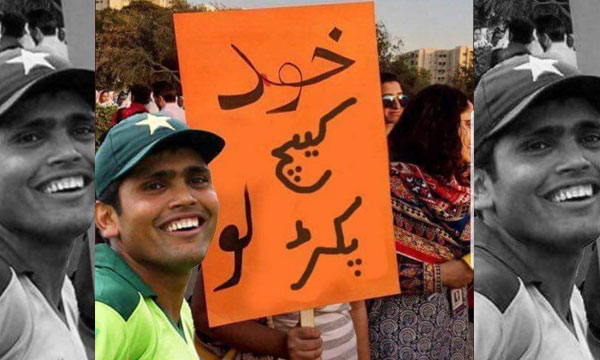 Not to forget everyone else who made major blunders!

No wonder he is so popular amongst the younger generation!! You savage, savage man!

Sari politics ek taraf.. sheikh sahab ke swag ka jawab nahi 😎 I am ur fan from the day I found u reaching jalsa on a motor bike 😂😂

This ‘thug life’ master threw an open challenge to those who never wanted Pakistan to succeed…..

Now, this is pure love for the country and the love of the sport! Kardi naa Sheikh Sahab apne dil diyaan gallan Twitter par!