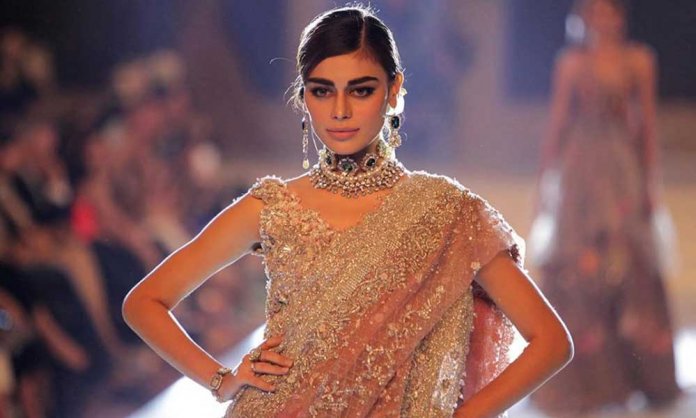 Supermodel Sadaf Kanwal is known for her sassy item song Kaif-o-Suroor from film Na Maloom Afraad 2 which was released in 2017.

It turned to be a chartbuster which left the audience swooning over it.

Soon after the song was released, her fans were too excited for the track and netizens couldn’t stop praising Sadaf Kanwal and her belly dance.

Recently, another video of her deadly dance video has been uploaded on social media which has created a buzz on the social media yet again.

The model sizzled and impressed with her belly dance yet again and we are watching the video again and again.

She clearly won millions of hearts with her candid moves on the song!

On the professional front, Sadaf Kanwal is all set to make her debut on TV in upcoming play Alif and we just cannot wait to watch her on the TV screen.

This story was first published on VeryFilmi.com