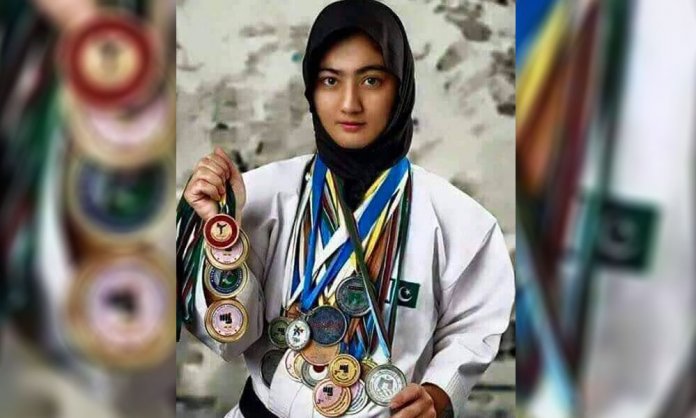 This hidden gem in the plateaus of Baluchistan recently won gold medal in International Karate Championship.

Naaz Gul Baloch, the pride of Pakistan, received no attention by the Pakistani media on her achievement.

However, our very owb rockstar Ali Zafar was one of the first who cameacross this talened girl and appriciated her on their social media platforms.

There are many people who dream to do something for ‘Pak-Watan’ and some have actually succeeded.

One of them is Naaz Gul Baloch. Out of a few female Karatekas, this girl represented Pakistan at a global stage in International Karate Championship and won a gold medal for our country.

Quetta’s Roots and History of Sports

People of Quetta, who consider Bruce Lee as their inspiration behind making martial arts a mainstream in their area, train in different academies in their pristine karategi.

The people from Balochistan have the will to compete in every field of life, but they are not given any sort of platforms through which they can polish their hidden talents.

There are still dozens of Baloch like Naz Gul who wish to fly high and fulfill their dreams, but due to lack of proper facilities and platforms, their dreams just remain dreams.

Despite of all the hurdles, she believed in the saying “where there’s a will, there’s a way”. Gul did not allow her circumstances to become an obstacle in the path of her goals and became World Female Karate Champion.