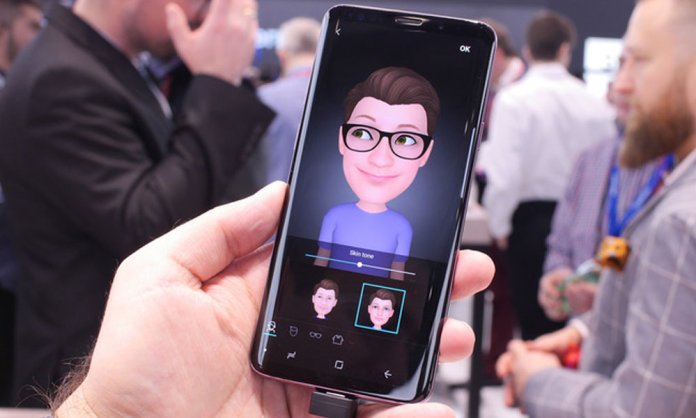 According to a report, and patent, it looks as though Samsung may be working on a way to bring its recently introduced AR emojis into the world of video chatting, taking on multiple big tech brands all in one swoop.

Samsung released its new flagship, the Galaxy S9 in March 2018 along with ‘AR Emoji’, the brand’s answer to Apple’s Animoji, a 3D character used to express a user’s feelings or ideas.

However, the general vibes towards the new “fun” feature were not great.

“There’s a problem: The emoji look creepy,” said the NY Times, “It’s like taking a photo and a cartoony 3-D image of yourself and mashing them together. The result is a phenomenon that robotics experts describe as ‘uncanny valley’— the image looks fake, but it also bears close resemblance to a person and causes psychological discomfort.”

While a partnership with Disney may address this issue for some, giving Samsung’s new feature some non-human faces to choose from including childhood favorites, Mickey and Minnie Mouse as well as Donald Duck, a patent granted by the US Patent and Trademark Office and spotted by PatentlyMobile could build further interest for the feature. The website, along with other Android enthusiasts, have picked apart the tech jargon in the filing and come to the conclusion that Samsung may bring AR emoji to video calling.

Could that function, along with the promise of additional Disney characters (including favorites from “The Incredibles,” “Frozen,” and “Zootopia”) help win back the hearts of disappointed brand fans?

A competitive space at the moment, social media platforms are tripping over themselves to provide users new and fun ways to communicate, as well as build personal brands.

For example, Snapchat has its iconic filters that also work with video calling, as well as Bitmojis — cartoon characters users can create in their own reflection. Apple’s Animoji consist of an advanced version of a 3D avatar as it makes use of the brand’s TrueDepth camera (a selfie cam and 30,000 infrared dots emitted onto a user’s face for analysis) to mirror a person’s expressions onto an emoji, often an animal. However neither of these players have brought the 3D avatars to video calling in the way Samsung might be planning to do, which could serve as more than just an amusing alter ego.

DigitalTrends reported that “when your data connection is a little spotty, your AR avatar could serve as a stand-in for your actual image — and a much lower bandwidth stand-in.” A bonus for many large smartphone markets, such as India, who may not have strong internet connectivity.

The patent also describes using biometric sensors, such as heart rate sensor, pupil dilation sensor, EKG sensor, which could “determine things like the emotional state of the user so that the system can accurately represent them on the other side of the video chat,” wrote DigitalTrends.

This could be a next step for the company, who recently wrote “multimedia has become the dominant tool of communication on smartphones over the past years” and “through updates and other developments” they will be “continually looking for ways to help you simply be you”.

However, it should be noted that the patent was first applied in March 2016 and although granted, it’s not sure the company will ever use it.