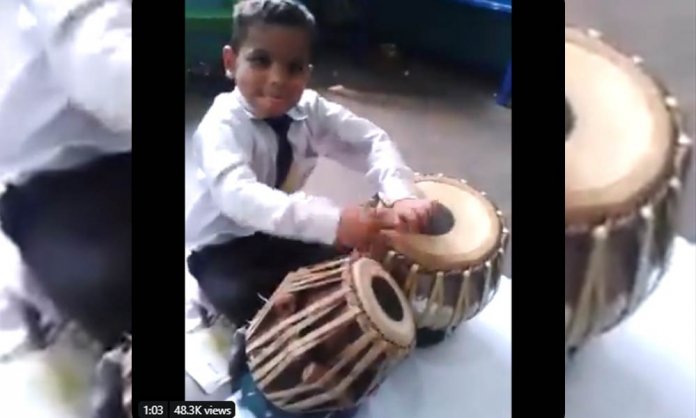 The video features an adorable little schoolboy boy playing folk songs from all 4 provinces of Pakistan on his tabla.

He plays with his little hands Sindhi, Pashto, Balochi and Punjabi tunes on his tabla upon request. His video on Twitter has crossed 4 thousand views already and continues to gain love and attention from social media users.

A user claimed that the kid belongs to Burewala area of Punjab, however, the little boy’s name still remains unknown.

While viewers are in love with his performance, some have pointed ut that the person recording the video could have been kinder with the little boy.

Little man has got some skills, well done young man. The guy who is recording doing a great job but could have used a bit more kinder and soft tone with the little master

Poor kid. He wanted to stop but was asked to do more, until he was tired.