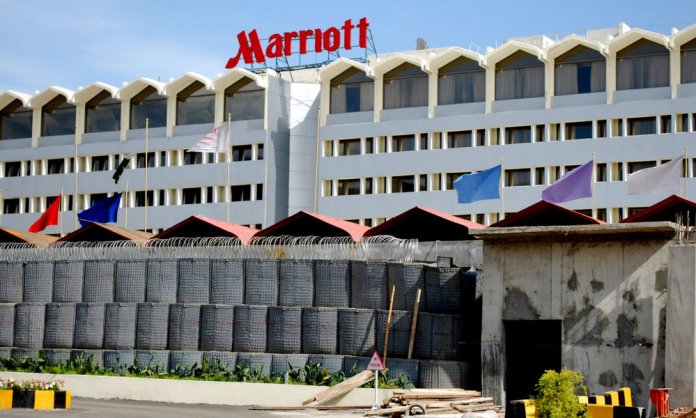 The Capital Development Authority (CDA) has spoken up and finally taken action against the encroachments established by the five-star hotel, Marriott Hotel in Islamabad and has also sealed 9 other high-rise buildings in the city.

The CDA targeted the encroachments by the hotel on a plot which measures 3.75 acres of land. The plot which was taken over by Marriott is public property and such construction on it is illegal. The area occupied by Marriott was being used for ‘security’ purposes even though it is state owned. 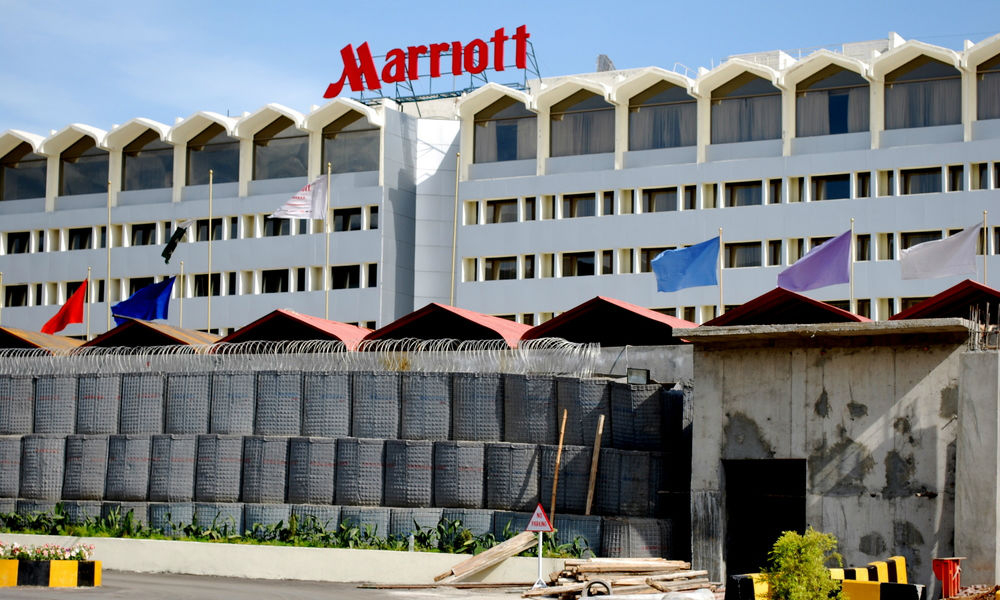 The operation was conducted in the presence of the Assistant Commissioner ICT, the Islamabad Police was also present in order to deal with any situation that could occur. A bulldozer was brought in yesterday to remove the encroachments surrounding the Marriot Hotel situated in the Red Zone.

The bulldozer demolished two permanent sheds that were constructed illegally at the entrance, two huge temporary sheds, two security cabins and barrier posts and poles. All the construction removed were allegedly on an illegal property.

A video showing the CDA demolition of the Marriott walls and other illegal construction has been making the rounds on social media.

Watch the Video of Bulldozing of the Marriott Hotel Entrance here!