This week the only viral content we came across was a dialogue from the hit drama serial Mere Pass Tum Ho!

“Do Takay ki Aurat” was like seed for the content on the internet and the amount of memes we saw on this was insane.

When everyone was contributing in burning fire, Atif Aslam didn’t hesitate one bit from throwing his own concoction of the dialogue.

Apparently the “magician of vocal” and the main lead from the drama ” Mere Pass Tum” Adnan Sidique was standard at Dubai Airport. While they were waiting for their flight. Adnan took the opportunity just to update his fans on Instagram by sharing a small video.

The video is just an innocent update with a little surprise, but Atif Aslam quirky sneer had us in laughing fits. Who knew the one who sings in such a miraculous voice have such funny sense of humor. We sort of now know that singing isn’t his hidden talent but satire is!

In the video we heard Atif Aslam repeat the viral dialouge with his own twist:

The audience found Atif’s version of this line even funnier and the comments were the evidence. 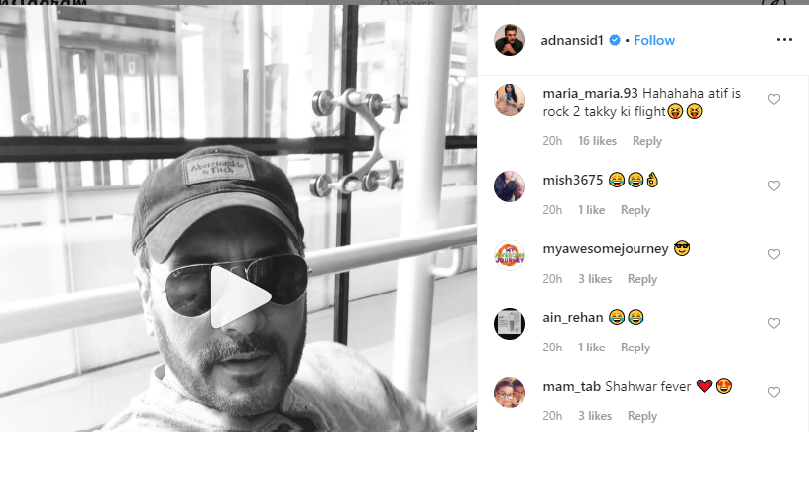 We have seen the most absurd content on internet to get viral but this one dialogue will spread like a wildfire, nobody has anticipated that! The new episode will air this Saturday, do you think it will make such a huge rumble on social media?

Let us know what are your views about this Mere Pass tum Ho in the comments below.