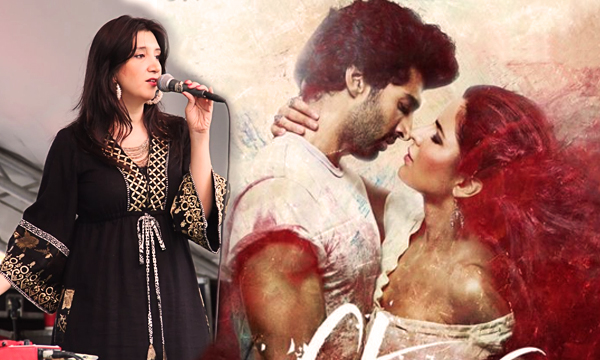 Popular singer Zeb Bangash of the Zeb and Haniya duo has set a new precedent for female Pakistani singers. The ethnic Pashtun singer has sung not 1 but 2 songs for the upcoming Bollywood movie ‘Fitoor’. Featuring Katrina Kaif in a fiery look with red hair, Fitoor is a story of love and passion between an artist and his muse.

Zeb has sung ‘Honedo Batiya’ and ‘Haminatsu’ for the movie. The music for Fitoor is composed by Amit Trivedi while Swanand Kirkire has penned the lyrics. The complete album can be found here.

Zeb and Haniya are cousins, who began writing music together when studying as undergraduates at Smith College and Mount Holyoke College in the United States, although have stated that music was always a part of their life at home. Zeb and Haniya released their debut album in July, 2008.