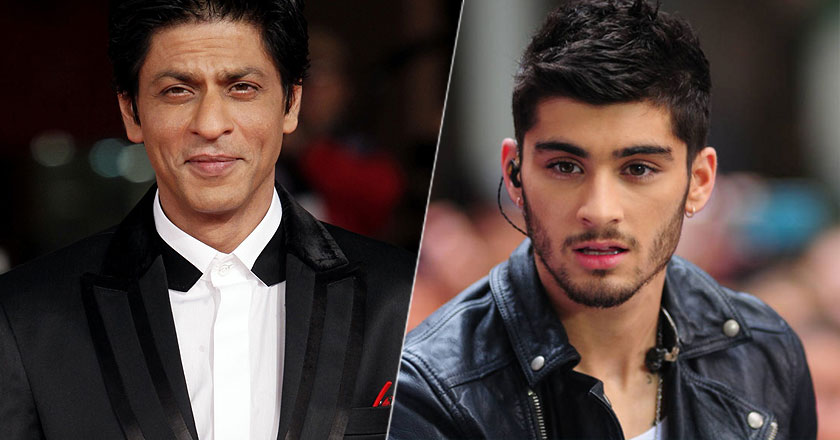 When international heart-throbs are hanging out and decide to take a selfie together, it’s inevitable that the selfie posted will go viral on social media amongst the masses.

This is the case with the selfie clicked by Shahrukh Khan alongside ex-One-Direction singer Zayn Maik. In a visual treat for the eyes, the meet-up of Bollywood Romance King with the British teen pop boy-band singer, took place at the Asian Awards.

No doubt, the world went gaga and drools, drool over the clickable moment and the tweet by SRK, which was posted on Saturday, went viral across twitter. With as many as 96K retweets and 130K favorites, take a look at this tweet:

This kid is so cool. May Allah bless him. Dinner time at the Asian Awards. pic.twitter.com/l0gV12n0kv

Here is another tweet with a group of other lesser well-known celebrities, but it is a colored picture and it still has both Zayn Malik and Shahrukh Khan in the frame. Have a look:

Earlier on, Zayn Malik has quit the famous boy-band One Direction which had been his one-way ticket to fame for an acclaimed international musical career.