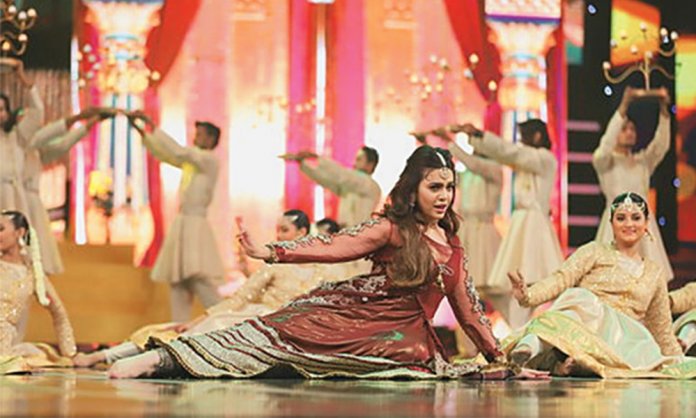 The yearly Hum Style Awards were carried on Saturday night at the Expo Centre and the event was full of surprises for many.

There were tonnes of stars on the red carpet and a lot of celebs we’re absent. However, the décor, the beautiful red carpet and the effortlessly stylish celebrities that graced the event were the highlights of the grand affair.

Their performances fascinated the audience, and there was definitely some quality feats!

One performance that left us amazed was by the solo routine by Zara Noor Abbas who did a number on the OST of her own drama serial. 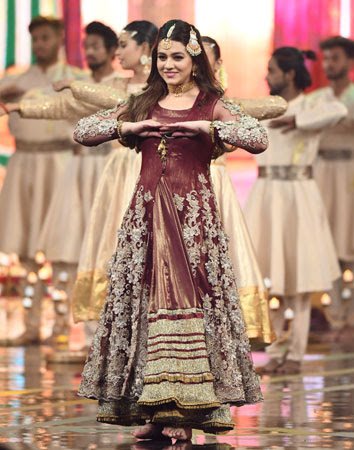 The way Abbas moved on the beat of the song was flawless and we absolutely loved her elegance and poise in the dance performed.

Have a look at Zara Noor Abbas looking like a vision in this beautiful maroon and ivory angrakha by Hunny Haroon.

Zara Noor Abbas had the entire audience wrapped around her finger at the Hum Style Award and we honestly think the starlet has an uncanny resemblance with the Indian Actress, Aishwarya Rai.

Actress Zara Noor Abbas has proved that she is not just a good actress, but a tremendous dancer as well.

Donning in a black top with a maroon and gold skirt, the actor also performed to Noor Jehan’s Dildar Sadqay and Naseebo Lal’s Tu Jo Mere at the International Pakistan Prestige Awards recently.

My first 💃 Thank you @wahab.shah and his entire team for making it worth the while. Thank you for all your love and support and faith in me. Thank you @rraannaayy for all your hardwork and effort. Will always remember this one for all the special reasons🌹 #IPPA

Hum Style Awards were held in Karachi at the Expo Centre on Saturday. Actors Aamina Sheikh and Usman Muktar hosted the show.

The audience also grooved to the beats of popular singer Abrar-ul-Haq and rejoiced each performance!