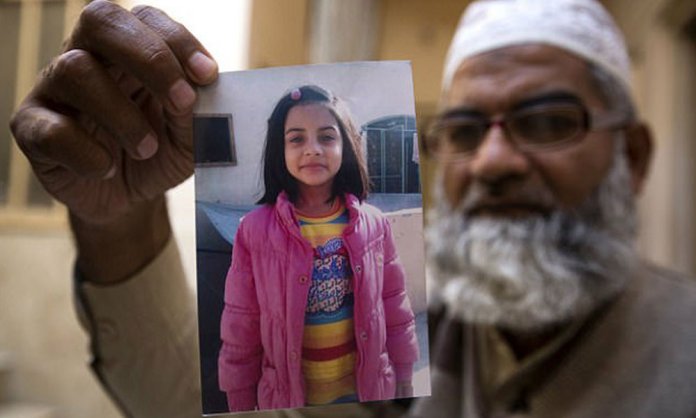 Local TV channel, APlus, faced the wrath of social media when it was announced that the channel will be making a television film on the famous ‘Zainab murder case’ titled as Zainab Kay Qatil.

The film is based on the shameful incident that happened in January 2018 when a seven-year-old child named Zainab was raped and brutally murdered in the Pakistani city of Kasur.

As soon as the news regarding the project was revealed, it created an outrage on social media and people demanded higher authorities to place a ban on the film.

Here’s what people have to say about it

Some thought that this is just a way of making money

Some advised the author to empathize with the victim!

Some advised sympathizing with the family!

This is not the first time that such issues are being highlighted through mass media. Last year, TV serial Baaghi was aired which was written on the controversial Pakistani model Qandeel Baloch who was killed by her own brother in the name of honor killing.

Both of the scripts are written by one of the most famous authors of Pakistan Umera Ahmed.

The cast of the TV film includes Hamna Amir who plays the victim Zainab and Sohail Sameer, who plays Imran, the man who kidnapped and raped the girl, besides Irfan Khoosat and Saba Faisal.

The release date of the film has not been revealed yet, but it has already startled the nation.