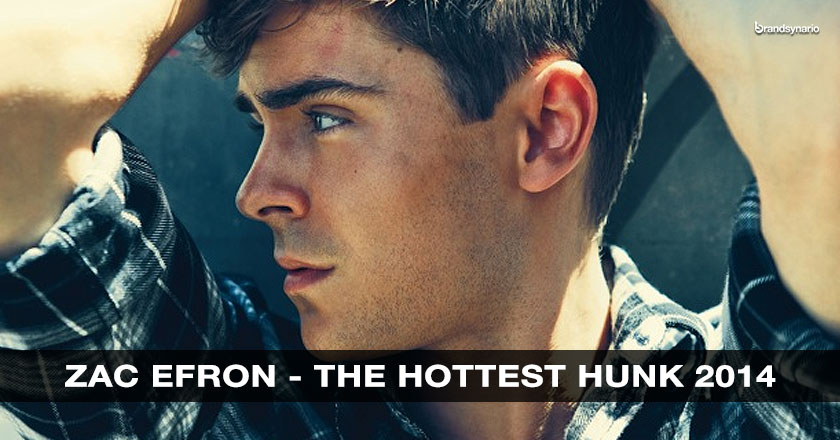 The ‘Bad Neighbours’ actor, Zac Efron has been crowned as the hottest hunk of 2014 according to a recent poll conducted by Heat magazine.

The-26-year-old-actor who has been struggling with alcoholic addiction since 2010 has hopped up three ranks to grab the title.

Our very favorite, former X Factor judge, Gary Barlow, has shot up four places to number seven, while on number 7 we have a newcomer in the list namely Jamie Dornan who will soon be seen as Christian Grey in the Fifty Shades of Grey.

The Notebook actor Ryan Gosling has fallen four places to number 9 and last but not the least Superman star, Henry Cavill, has made up all the way from number sixty three last year to a respectable number ten.

The magazine reported the reason behind the top position where Zac stand today is his shirtless appearance in the movie Bad Neighbours, along with having his shirt ripped off by Rita Ora at the MTV Award.

She continued: “Leafing through image after image after image can be tough, butHeatworld users managed it – they voted in their thousands and selected Zac Efron as the hottest man alive. For their fortitude and courage, we thank them.”