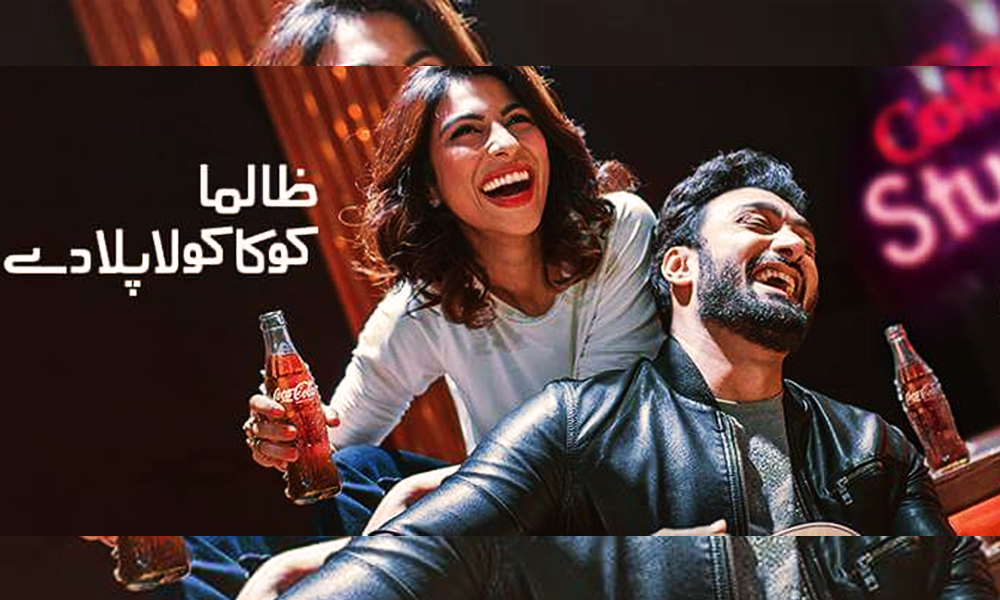 The song is a tribute to Malika-e-Taranum Noor Jehan who sang the original track “Zaalima Coca-Cola Pila De”. The TVC features the two rockstars seemingly practicing a song for the upcoming Coke Studio. Coke Studio Season 9 is set to air on August 13th, 2016. The tune has become such an instant hit that #ZaalimaCocaColaPilaDe even trended on Twitter when the song was released.

Here, check it out:

Shafi and Jaswal surely have done a great job with this powerful cover. The singer shared the song herself on social media.

Listen to and download the full track here! #ZaalimaCocaColaPilaDeyhttps://t.co/xZGlaWkoPg

Listen to the original track by Noor Jehan below.

Okay I admit. I like the 'Zaalima Coca Cola Pila De' song.

Okay I admit. I like the 'Zaalima Coca Cola Pila De' song.