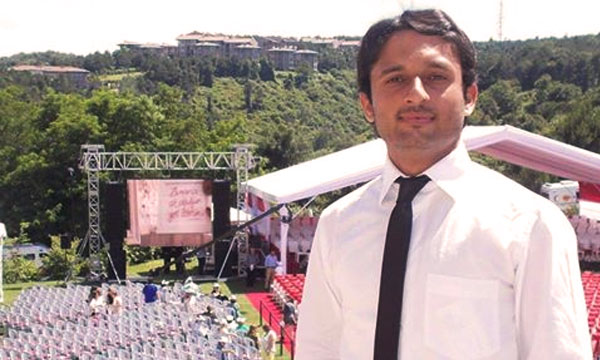 If you think that the detection of Einstein’s gravitational waves will usher in a new era for astronomy, then you will be glad to know not only one, but two Pakistanis have been a part of the research teams that claimed the stunning discovery.

Besides Nergis Mavalvala, a Karachi-born quantum astrophysicist and Department Head of Physics at MIT, a 25-year-old Pakistani from Quetta also contributed to the discovery of gravitational waves. Imran Khan was one of the co-authors of the Physical Review Letter (PRL) paper, submitted to the LIGO Scientific Collaboration at the helm of this discovery. He is a PhD student at Gran Sasso Science Institute (GSSI) in Italy.

Imran believes that he is lucky and privileged to have been selected for the Marie Curie initial training network program ‘GraWIToN’ among the horde of applicants, and to be a member of the European team involved in the enthralling discovery.

Imran Khan has been a bright student since the very beginning of his academic career. He received a scholarship from FAST Peshawar to complete his Bachelors of Science (BS) in Telecommunication Engineering in 2011. The budding scientist was also offered a scholarship in MS Optoelectronics and Photonics Engineering by a Turkish institute in 2015.