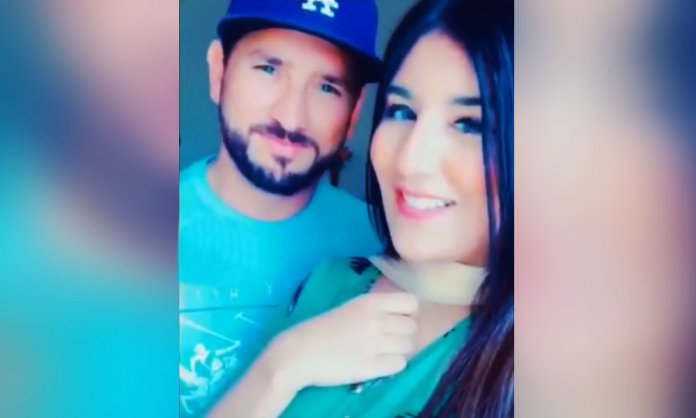 International cricketer Yasir Shah is known as one of Pakistan’s best bowlers.

He is the joint-second fastest bowler in the history of Test cricket to take 100 wickets, as well as also being the fastest to pick up 200 wickets.

However, the right-arm leg break bowler is facing massive backlash over a viral TikTok video.

He is seen lip-syncing with a foreign lady (username: @Dali1233) to a romantic track right after Pakistan’s embarrassing whitewash against Australia.

The media could not stop themselves from ridiculing the cricketer for his performance on the field during the series.

Following his performance on the pitch, some cricket fans expressed disappointment after the video surfaced online

She is not crew, she is user from Morocco lives in UAE who loves Indian songs check her profile & they are not in Dubai mall, couple of times Yasir shah was spotted hanging out with couple of girls during Pakistan Australia test series, but he is not very important so who cares

what about yasir shah he caught in a short clip with having model ?
I think we are characterless nation

While on the other hand, fans supported the bowler and lauded him.

The comments on Yasir Shah’s recent tik tok video is crazy , why can’t people mind their own business ? It is his own personal lifestyle and it has nothing to do with cricket , let him live in peace ! @CrickyUpdates @ARYNEWSOFFICIAL @PTVSp0rts @Shah64Y

This was the tiktok user who insisted Yasir Shah for a video in dubai mall. https://t.co/GgKIdJcjrB

Yasir Shah made a harmless tik tok video with some random chick. I don’t get it but whatever. It’s his life – he can do whatever lol
Mr sports journalist however made it into an issue .. sensationalizing everything like they always do. Just plain annoying and downright nuts

The comments on Yasir Shah’s recent tik tok video is crazy , why can’t people mind their own business ? It is his own personal lifestyle and it has nothing to do with cricket , let him live in peace ! @CrickyUpdates @ARYNEWSOFFICIAL @PTVSp0rts @Shah64Y

Whether it’s out swing or in swing, Yasir Shah nailed this one too. #Expressions https://t.co/Zrm9dMOV9Q

Pakistan’s Team Coach Mickey Arthur has also issued a statement regarding the matter.

Coach Mickey Arthur: “Yasir Shah is embarrassed about that video [TikTok Viral Video]. I met him for 5-10 minutes at the airport last night. The whole thing is very innocent though.” #News

A cricketer goes to a mall, a group of tiktok people meets him, requests him to make a video, initially he turns down politely, but one of them insists and he agrees to make the video. The video is up and every one is after that Cricketer.

Apparently, a fan persuaded the cricketer to make the video with her. While Yasir appears embarrassed over the episode, his fans are unhappy, especially in regards to Pakistan’s defeat in Dubai whilst facing Australia.

What is your say on Yasir Shah’s TikTok video? Share your thoughts with us in the comments below.