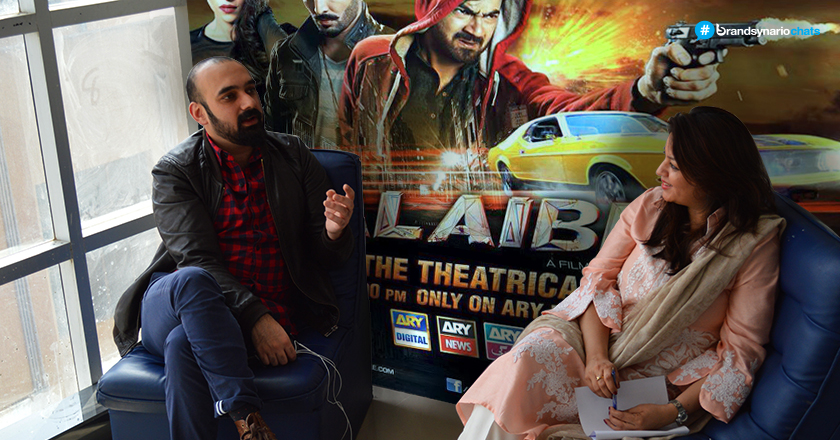 With the premiere of the much awaited crime caper ‘Jalaibee’ tonight, Brandsynario met with the director and writer of the movie, Yasir Jaswal. In an exclusive interview, Brandsynario’s Farhat Kapadia Mehboob, Managing Editor asked Jaswal about his first film and what the audience should look forward to in his debut ventiure.

Jaswal, who is a singer-songwriter & filmmaker from Islamabad, Pakistan, opened up his own production house under the name of ‘Jaswal Films’ in 2012. Initially a Creative Director for Zong, he later branched out into making ads and music videos.

Check out the #BrandsynarioChats session below:

Read More: 7 Reason Why You Must Watch ‘Jalaibee’

The movie is all set to premiere tonight.