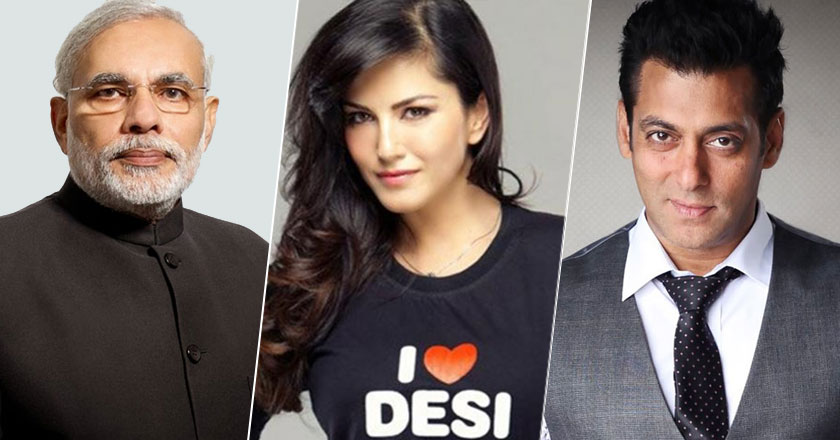 Yahoo has unveiled one of the most awaited lists of the year, the ‘Year in Review 2016’, and according to the list, there are 10 celebs who have dominated the internet to create history for themselves. The list also contains ‘Top Newsmakers’, ‘Indian Sportsmen’, ‘Personality of the Year’, ‘The Unnamed Solider’, and more.

According to HimanshuSheth.com, Sunny Leone reigned supreme as the Most Searched Personality for the fifth consecutive year. Prime Minister Narendra Modi was the Most Searched Politician followed by Delhi Chief Minister Arvind Kejriwal. The US presidential election was widely followed in India, with Donald Trump ranking as the fourth most searched politician in the country.

Salman Khan continued to be the ‘Boss’ landing the top spot for the Most Searched Male Celebrity of 2016, while stand-up comedian Kapil Sharma came in at No.2. A surprise entry in the list was Tanmay Bhat, co-founder of AIB for his controversial Snapchat video. The buzz around Bipasha Basu‘s wedding to Karan Singh Grover ensured her position as the second Most Searched Female Celebrity. Deepika Padukone took the third slot followed by Katrina Kaif at No.4.