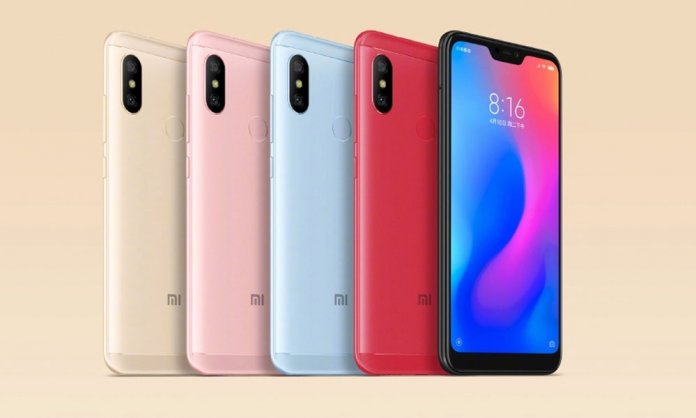 The Redmi 6 Pro smartphone and Mi Pad 4 tablet have been revealed by Xiaomi on its website Mi.com ahead of a formal launch.

The company has expanded its under-$200 offerings with the latest Redmi flagship and an Android tablet.

Redmi 6 Pro is the first in the series to feature a notch on its 5.84-inch display, with a 19:9 aspect ratio. Powered by a Snapdragon 625 and a large 4,000 mAh battery, the new Xiaomi phone runs on MIUI 9 and comes with Android 8.1 Oreo, as well as dual-SIM support.

The camera set-up supports features such as AI Face Unlock and Portrait Mode, although the selfie camera is 5MP — a fairly basic option for modern phones. The dual cameras at the back, 12MP + 5MP, are vertically aligned with the flash between them.

As for the budget tablet, which is set to launch in a few days, the 8-inch Xiaomi Mi 4 is now available for pre-order, shipping with a Snapdragon 600 chipset, LTE support (nano-SIM port) and a 6,600 mAh battery. Both 2.4 GHz and 5GHz Wi-Fi frequencies are supported, so those using 5GHz will benefit from a faster connection at shorter distances.

As featured on the Redmi 6 Pro, there’s a 5MP front camera and AI camera features, although the Mi Pad 4 rear camera is a single 13MP with HDR mode and 1080p video recording.

Founded in 2010, Xiaomi has been selling its affordable devices in large markets such as China and India, and is looking to make a foray into Europe, starting with France and Italy. For these new devices, it remains to be seen if they will be sold in markets outside of China, and if so when.