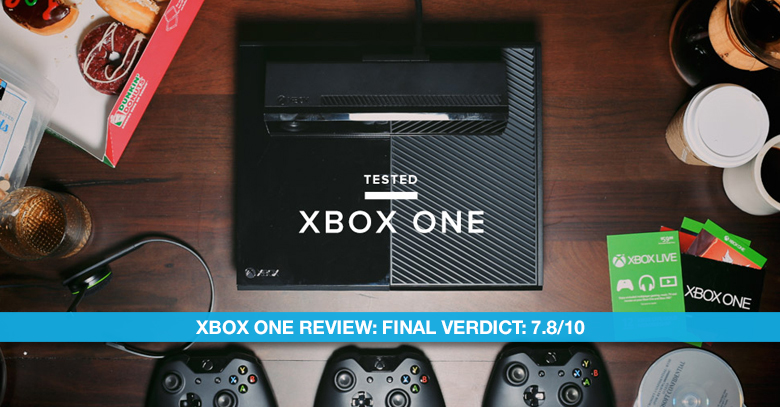 The next gen of gaming is finally here and Xbox One is the final contender on the list.

As the showdown for the best gaming console heats up the arena people all over the world wait desperately to try out their most anticipated consoles.

However one that is making quite a buzz is Xbox One, living up to its pre-launch tagline which was “A device for all your visual entertainment” Xbox One has definitely made a mark for itself in the market.

Let’s look at some of the specifications and features one would find in his new Xbox.

To start off let’s look at the basic, the look of the console isn’t as stylish as the previous model infact it comes off as a TV box or a VCR and less like a gaming console. It seems they’ve designed this box with the intention of it blending in with the other living room appliances, rather than having it scream “I AM A GAME CONSOLE!” It’s not very pretty, but nonetheless it makes satisfactory impression.

The controller is a work of art and by far the best in the market. The Xbox 360 controller was already a hit but had minor flaws which are now a part of history with the new Xbox One controller.

The names of some buttons have changed, sure but in terms of functionally, it’s an upgraded version of its predecessor. The D-pad now makes a clear clicking sound in every direction, and the analog sticks can now be easily controlled by your thumb.

The one big drawback with the controller: it does not come with rechargeable batteries, unless you have your own rechargeable AAs or spring for a $25 Play-And-Charge kit for each controller.

Microsoft pitched quite hard upon this feature in the pre-launch stage. The interface was one of the main point that they promised to improve upon and they did deliver with flying colors. The inter face this time around allows you to access the homescreen by clicking on the Xbox button and by tapping the on the on-screen ‘resume’ button you can go back to your game, starting from where you left it. This option is an upgrade from the 360 model where going to homescreen meant leaving your game completely.

The difference is felt the first time you log on to the screen as it much quicker and convenient. Although some might argue that it is not as fast as expected as you still see the spiral loading screen in between apps but in all honesty Microsoft has delivered on many said promises and the interface still proves efficient than before.

One of the highlights of the new interface is its ability to switch in between apps like Skype, Netflix and games all one has to do is say “Xbox switch to Netflix” and it will do that in a jiffy. Also there is an option to ‘snap’ some apps which allow the apps to appear on the side screen while you play games this gives you easy access to your favorite apps without going to the homescreen from time to time.

Microsoft did many things right with Xbox One and delivered the next generation of technology as promised getting an over all rating of 7.8 out of 10 from us.

As the hype for next-gen consoles heated up the bar was set high by hopeful gamers but Microsoft has done enough to satisfy them and hopes that Xbox One will set the benchmark as a one of its gaming device which is built for all visual entertainment.