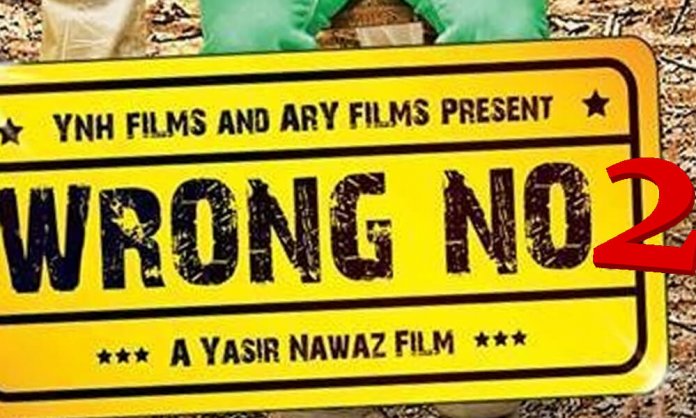 After the success of Wrong No., the makers of the film have decided to make a sequel and now we are almost jumping in our seats.

For its second installment, it has been confirmed that Neelam Muneer of Dil Mom Ka Diya fame will be making a comeback to films after debuting through Chupan Chupai. Exciting, no? Opposite to this gorgeous lady, the Rasm-e-Duniya actor Sami Khan has been cast to play the lead role.

Syra Shahroz Loses Her Cool After Internet Shames Her!

This will also be a comeback for Sami Khan who will be doing a film after 15 years, not counting his unreleased work in between!

While revealing details of the upcoming film, the writer/director the movie Yasir Nawaz told Very Filmi that Sami Khan and Neelam Muneer will be romancing each other on the screen instead of Danish Taimoor and Sohai Ali Abro who were the leading pair in the first installment. The shooting of the film will begin later this year and it will potentially release in 2019, most likely 2 weeks after Eid.

We are already expecting a lot from this talented duo!

Never believe you are above or below anyone. Remain forever humble. Jummah Mubarak to all. #jummahmubarak #stayhumble #peace #fridayblessings #samikhan

Apart from Sami Khan and Neelam Muneer, the cast of the movie also includes Mehmood Aslam, Nayyar Ejaz, Javed Sheikh, Danish Nawaz and Yasir Nawaz who will be playing a character role, his first in a film.

Wrong Number Leads as Bin Roye Follows at the Box-Office

Wrong No. was released in 2015 and became quite successful despite being released with Bajrangi Bhaijan and Bin Roye.

Are you excited to watch this upcoming movie? Let us know in the comments section below.