Home Entertainment Would You take the Escalators with a Crocodile at the End?
Advertisement 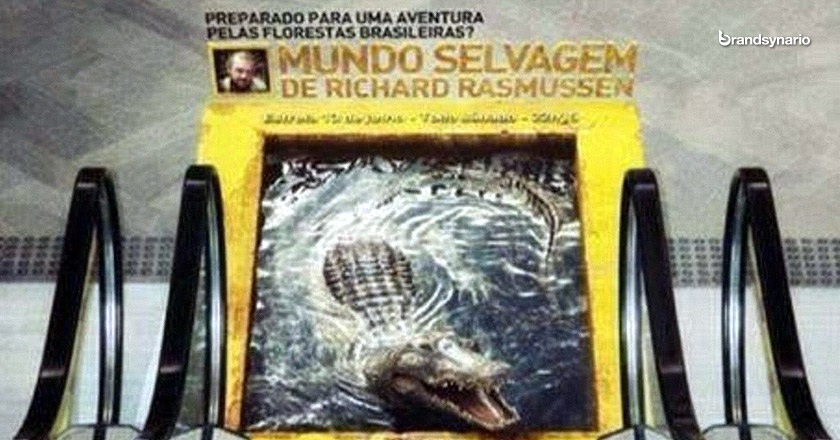 3D illusion can get very real at times and so it did at a mall in Brazil during the promotional campaign of Mundo Salvagem de Richard Rasmussen’ which means ‘ready for an adventure through the Brazilian forests? Wild world with Richard Rasmussen.’

The 3D National Geographic advert that features a crocodile at the end of the escalator ready to eat you up, is actually scaring the visitors at the mall away, causing most of them to take the stairs instead.

When the picture of this advert was posted on reddit by a user, it received a lot of comments out of which some of the comments were as below as reported by Daily Mail:

‘Why? Why would you do that do innocent people? Oh…because it’s funny’.

It is no doubt advertising can lure you into buying stuff, but it can at times also scare you away from trying something, like these escalators in this Brazillian Mall.

Moreover, the same reditt user also posted another picture of Mount Everest being painted on stairs; the purpose of the campaign by American Disability Association was to allow others to realize that for some disabled persons, these stairs are as hard to climb as Mount Everest.

What do you say to this? Simply Creative.