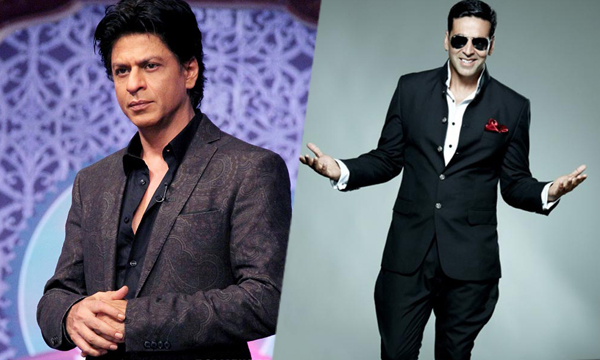 Forbes has just released its list of World’s 100 Highest-Paid Celebrities and guess which of the Indian superstar made it to the list? It is none other than the Bollywood Badshah, Shahrukh Khan and the action superstar Akshay Kumar!

King Khan is ranked at 86th on the list. He recorded an earnings of $33 million last year. The credit goes to his successful film Dilwale and of course, his round of endorsement deals. “He also cashes in on endorsement deals for dozens of brands most Americans have likely never heard of,” reports Forbes.

Meanwhile, Kumar is ranked at 94 in the list. He has reaped a massive earnings of $31.5 million. Topping the world’s highest paid celebrity list is Hollywood singing sensation Taylor Swift with an estimated earnings of $170 million.  Following her is One Direction, with an earnings of $110 million.