Harmony of the Seas, the world’s largest cruise ship, set off Thursday on its first sea trial from Saint-Nazaire, western France, with just two months to go to delivery. 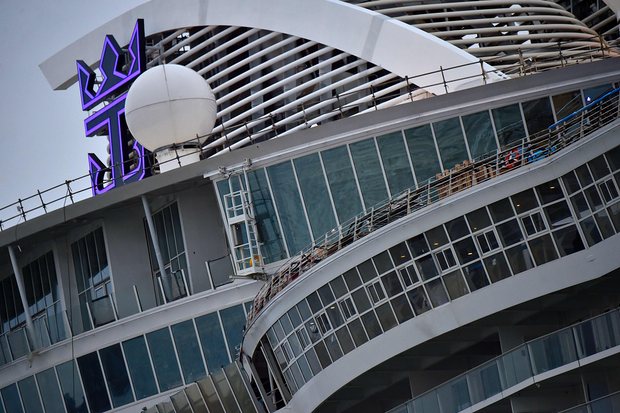 Thousands of people gathered at the dock to watch as the 120,000-tonne ship was helped out to sea by six tugs.
Some 500 people, mostly crew as well as officials from the owners and engineers and suppliers, were on board for the first trial, set to continue until Sunday.

The ship, with a height of 70 metres (210 feet), has been an imposing presence in Saint-Nazaire, visible from miles away.

For months, tourists have been allowed on board to gape at the innards of the ship that has 16 decks and stretches 362 metres (1,187 feet), 50 metres longer than the height of the Eiffel Tower. 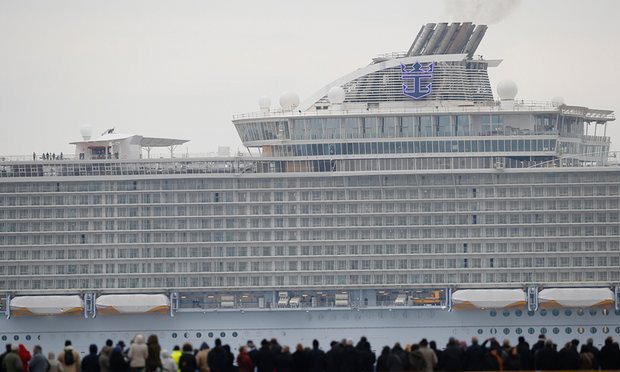 Three pilots who have trained on a simulator in nearby Nantes for the past year, helped the captain in the tricky manoeuvres needed to guide the hulking ship out of the Saint-Nazaire estuary.

The tugs first helped the ship back out of its berth before turning it around and then guiding it out to the open sea.
The pilots will leave the vessel once it is 20 kilometres (12 miles) out at sea.

Some 2,000 crew are to cater for the needs of more than 6,000 passengers on Harmony, which is a metre wider than the current twin ocean-going monsters of the pleasure cruise world, the RCI-owned Allure of the Seas and the Oasis of the Seas, which are also 362 metres long.

The next trials will take place before the end of April, with delivery set for May 12.