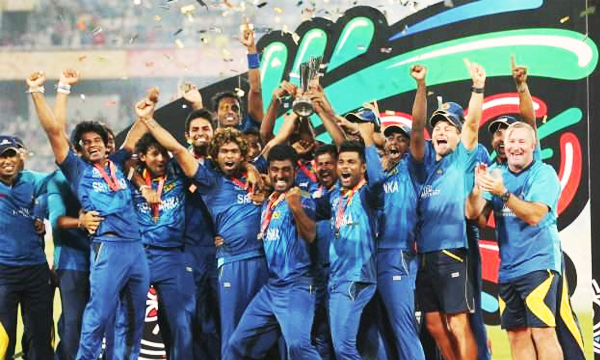 Holders Sri Lanka face being dumped out of cricket‘s World Twenty20 on Saturday unless they can overcome an England team desperate for runs to clinch their own spot in the semi-finals.

After a stuttering start to their title defence, the islanders will have next to no chance of reaching next week’s semis if they lose in New Delhi even though they still have one more game to go.

England meanwhile will be hoping the failure by their top-order batsmen in Wednesday’s tie against Afghanistan was a mere blip and they can reproduce the swashbuckling form that helped them to a record-breaking victory over South Africa last weekend.

Little has gone right for Sri Lanka of late and they were left reeling by the withdrawal of leading paceman Lasith Malinga at the start of the tournament with injury problems.

Their first two matches have included a defeat to the West Indies and a less than convincing victory over Afghanistan.

Only one batsman has passed 40 and their fielding has been a shambles.

Angelo Mathews, who replaced Malinga as skipper, said after the West Indies match that “the top order let us down” and the team would work hard on their fielding as it had been “so sloppy”.

If the West Indies win Friday night’s match against South Africa, then a defeat for Sri Lanka against England would automatically spell their departure from the tournament.

If South Africa were to win and the Sri Lankans lose on Saturday then the holders can only stay in if Afghanistan pull off an unlikely victory over the Proteas in their final match.

The complicated mathematics mean victory is not only vital for England but they also need to sharply increase their run-rate.

Moeen Ali was their only batsman to get in the 40s against Afghanistan.

England captain Eoin Morgan said he had no particular concerns about his top order, which sparkled against South Africa, but said the team would seek to regain their focus after their stuttering win over the Afghans.

“It’s very important that between now and the Sri Lanka game that we sit as a group and emphasise what we are trying to do,” said Morgan, who hopes to be bolstered by the return of Alex Hales.

The opener missed Wednesday’s match with a back problem but Morgan was “confident he will be fit” for Saturday.