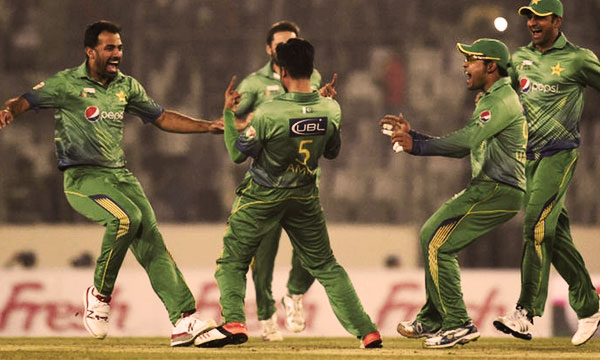 Pakistan on Friday announced it would send its national cricket team to India for the World Twenty20 following security assurances from New Delhi.

The interior minister “Chaudhry Nisar (Ali Khan) has given permission to Pakistan’s team to play in India,” Najam Sethi, chairman of the executive committee of the Pakistan Cricket Board (PCB) told reporters after a meeting with the minister.

Pakistan interior minister Thursday ruled out sending the national cricket team to India for the World Twenty20 until security assurances come from New Delhi, saying the threats from extremists are concerning.

Pakistan sent a security assessment team to India on Monday after voicing repeated concerns about arrangements, saying there had been threats from Hindu activists.

On Wednesday the International Cricket Council (ICC) and Board of Cricket for Control inIndia (BCCI) shifted the March 19 game after the chief minister of the north Indian state of Himachal Pradesh refused to provide security for the match.

Diplomatic tensions have meant that the two teams have not played any bilateral series for more than three years, and their rivalry is restricted to multi-national tournaments such as the World T20.