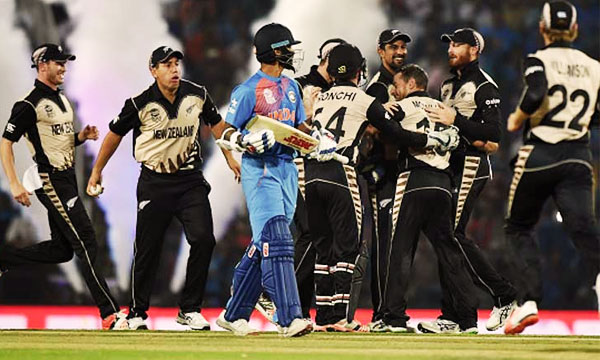 New Zealand’s batsmen crumbled under a fired-up Indian bowling attack, posting a modest 126 for seven in the opening group match of the World Twenty20 in Nagpur on Tuesday.

Electing to bat, New Zealand lost early wickets before Corey Anderson steadied the ship, hitting 34 in an uncharacteristically slow knock. A dramatic first over from off-spinner Ravichandran Ashwin saw Martin Guptill smash a six on the very first ball of the match only to lose his wicket in the next, setting the tone for an exciting T20 extravaganza. The spin-fast combination of Ashwin and Ashish Nehra deployed by captain MS Dhoni worked in India’s favour as the Kiwis were left stuttering at 61 for four.

Anderson, whose 42-ball stay included just three boundaries, then stuck around with Ross Taylor and Mitchell Santner to counter the Indian bowlers on what seemed like a slow track.

In the end, Luke Ronchi’s unbeaten 11-ball 21 gave some respect to the total but the Kiwis will need a Herculean task from their fielders and bowlers to defend what seems like a below-par score.