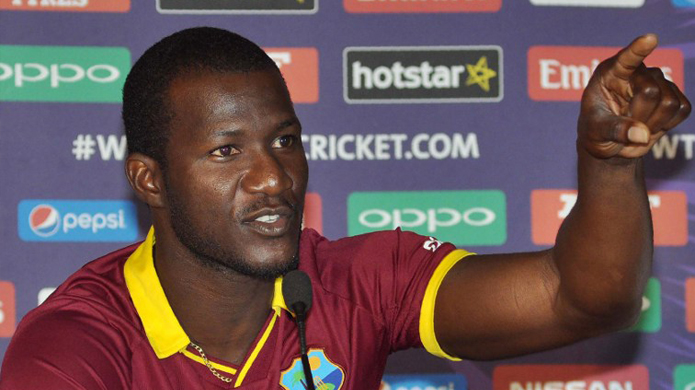 West Indies captain Darren Sammy on Tuesday backed team-mate Andre Russell to star at the World Twenty20 after reports the all-rounder could face a suspension for missing three drugs tests.

Russell, 27, could be banned for two years if found guilty by the Jamaica Anti-Doping Commission (JADCO) of missing the tests over the past 12 months, recent media reports in Jamaica said.

“We as a team have supported Russell,” Sammy told reporters in Mumbai a day ahead of the West Indies’ opening World T20 clash against England at the city’s Wankhede Stadium.

“We are confident he will be taking part in the full tournament and having an impact like he’s done in the last four tournaments he’s played (in) around the world,” Sammy added.

Failing to be available for a test is regarded as the equivalent of testing positive for a performance-enhancing substance, meaning Russell faces a long spell on the sidelines if his violation is confirmed.

The right-handed batsman has not incurred any sanctions or suspensions from his home cricket board, meaning he is free to play in the sixth edition of the World T20 in India.

Russell has played only one full Test for the West Indies, against Sri Lanka in 2010, but has carved out a cricket career as a sought after all-rounder in abbreviated versions of the game.

He has regularly played in the West Indies one-day squads and has also enjoyed stints with various T20 sides in India, Australia and Pakistan.

The West Indies’ preparations for the World T20 have been dogged by a series of withdrawals and a bitter pay dispute and Sammy said the reports surrounding Russell hadn’t affected the squad.

“We always have setbacks,” he said.

“We thrive on things like that to use that as motivation to go out and play our sport really well.”

The West Indies will also play South Africa, Sri Lanka and Afghanistan in the group stages as they bid to add a second World T20 title to the one they won in 2012.