Home Sports World T20 2016: 5 Players Who Will Retire After The Tournament
Advertisement 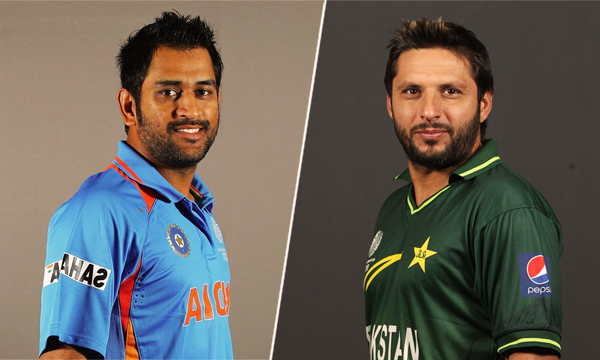 The World Twenty20 opens on Tuesday starting with the preliminary phase. Here are five players considered likely to retire from international cricket after the tournament: Dhoni, then sporting long hair, entered Indian folklore when he captained the country to the inaugural World T20 title in 2007. Nine years later and if hosts India become the first country to lift the trophy for a second time, anticipation is high that “Captain Cool” will decide the time is right to walk away from international cricket.

The 34-year-old wicket keeper-batsman has already retired from Tests and despite remaining the brains behind India’s on-field strategy, there is gathering evidence that his best playing days are behind him. Pakistan legend Afridi quit Test cricket in 2010 and ODIs after last year’s World Cup, and the destructive batsman that fans call “Boom Boom” clearly has retirement on his mind. The 36-year-old, Pakistan’s T20 skipper, has seen a big dip in his batting form over the last few years years and more recently his leg-spinners have also failed to trouble batsmen.

His decline, including poor performances against New Zealand in January and England in November, has coincided with a slump in form for Pakistan in T20 internationals. “I have to look at the results of the team in the Asia Cup and then at World Twenty20 and that will help me take a final decision,” Afridi told AFP recently. Malinga, 32, is the highest wicket-taker in T20 history and captained Sri Lanka to the World Twenty20 crown two years ago. His ability to bowl yorkers at will as he spearheaded Sri Lanka’s pace attack has made him a mainstay of the island’s recent success in short-form cricket.

Major injuries have curtailed his career, however. Malinga gave up Tests at a relatively young age in 2011, had ankle surgery three years later and then suffered a grave knee injury in 2015. “If at this stage I have to take one or one-and-a-half years of rest, I would rather have to finish my career,” Malinga said during the Asia Cup. Shane Watson has consistently defied critics to bounce back into the Australian side after serious injuries, and was the highest earner in this year’s Indian Premier League auction. But at 34, time is surely running out for Watson on the international stage.

After quitting test cricket following last year’s Ashes defeat to England, Watson was dropped from the ODI squad and admitted that a return to the international team was unlikely. But a successful season with Sydney Thunder in Australia’s Big Bash League earned Watson a berth for this year’s series against India. Popular opener Tillakaratne Dilshan has enjoyed a lengthy career and is an expert exponent of T20 cricket, thanks in part to his invention of the “Dilscoop”, a reverse flip-shot played over his head. But at age 39, the former Sri Lankan captain is unlikely to be able to put off retirement for much longer.