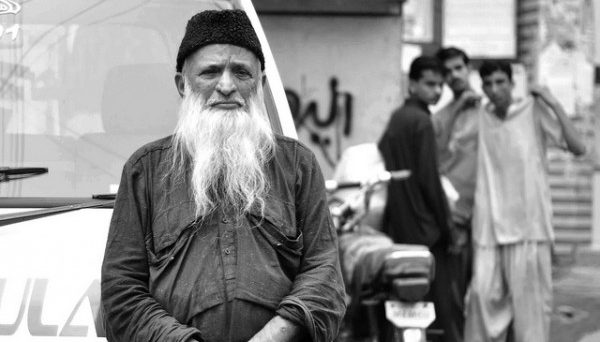 Tributes from all over the world have started pouring in for Pakistan’s most love humanitarian, Abdul Sattar Edhi after his death on Saturday, July 9 2016.

From leaders to activist, artists to celebrities; there was no soul on earth who was not shattered by the death of the “Angel of Mercy”, Edhi.

Read what they had to say to pay their respects to the great legend.

Can’t bring myself 2 accept that #EdhiSahab has left us.He was proof 2 my generation of the good in this world.Made us proud 2 be Pakistani.

Really regret not being able to say final farewell to Edhi Sahab. He was my role model when I started SKMT & gave first major donation.

Every heart grieves the death of a man who was love, compassion & selflessness incarnate. And this is only a reward in this world.. 1/2

Who knows what Allah has in store for him in the Hereafter. May Allah be pleased with him & grant him highest abode in Jannah. RIP Edhi Sb

Malala on the death of Abdul Sattar Edhi: “We should learn from him that it is our duty to help those most in need.” pic.twitter.com/34jtlr5R3R

#Edhism should be a verb #pakistan #Farewell

Just heard the news. What an irreplaceable loss, what an extraordinary man. May we honour his life in the way we live. #AbdulSattarEdhi

RIP Edhi sb. You were a Pak miracle worker. You showed us what is possible with selfless dedication to the cause of the poor and destitute.

State Funeral of a humble man who abjured both state and religion in favor of humanity #Pakistan #Edhi https://t.co/3C6fB5pGO7

With legendary Edhi sahib passing away not only Pakistan but the world will mourn the loss of a great human being.May he rest in peace-Ameen

In forever memory of Abdul Sattar Edhi, Chief Minister Shahbaz Sharif has announced a major road in Lahore to be named after the popular philanthropist. Even more commendable is the renaming of Hockey Club of Pakistan Stadium in Karachi as Abdul Sattar Edhi Hockey Stadium. Currently, an online petition is also going on  to rename New Islamabad International Airport after Edhi. You can add your name to the growing list here.