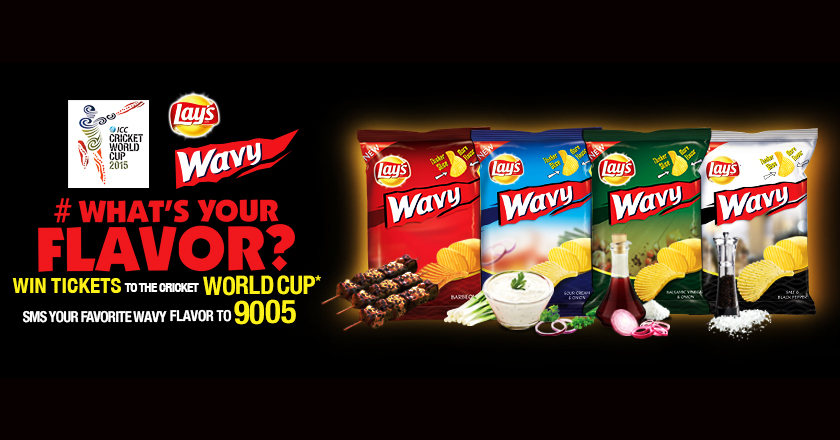 Keeping in line with the building cricket fervor for World Cup 2015, Lays Pakistan has announced their latest campaign, ‘What’s Your Flavor?’

Through this country wide campaign, Lays fans are asked to vote for their favorite flavor in the Lays Wavy Range. The lucky winners will win a paid trip to witness the live action at ICC World Cup 2015 which will be held in Australia and New Zealand.

The campaign is being promoted 360 degrees on various mediums.

All Lays fans have to do is SMS their favorite Lays Wavy flavor to 9005.

Pakistan is known for being a cricket crazy nation, where emotions are often linked to whichever way a cricket match goes. For a cricket lover in Pakistan, the chance to witness the live action would be a dream come true.

The cricket fever not only rules the emotions but the brand usage and their marketing too. By promising an exciting reward every Pakistani cricket fan would love to win, it seems this is one campaign is looking to smash all the boundaries!