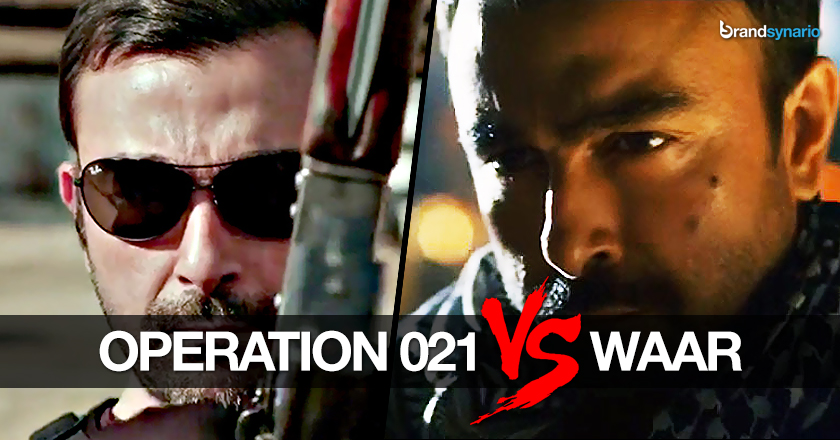 Two weeks since Operation 021’s “goose-bumpy” trailer rolled out and it has already made waves, exciting the whole nation for its release.

Though it is quite early to predict anything, but critics are of the opinion that while “Waar” was “unstoppable” at making big records on the box office, “Operation 021” will surely turn out to be “invincible”.

Brandsynario brings you five reasons Operation 021 will surpass Waar’s groundbreaking success and will replace it as Pakistan’s highest grossing film.

No movie in Pakistan has ever experimented with this genre and thus Opeartion 021 gladly seizes the honor of being the first ever action spy movie in the history of Lollywood.

The award-winning director from Australia “Summer Nicks” is the caption of ship and is bound to stir his magic on the silver screen that has never been ever witnessed.

3. Based on Real Life Events

Waar’s storyline revolved around the rocky relationship of India-Pakistan. Operation 021’s tale is a true tear-jerking story, including bombing of NATO tanks in Afghanistan.

While the movie’s story is bound to cast a patriotic spell on you, its release on our Independence Day has indeed been well picked. People will be aroused by the patriotism in the air and definitely go to watch it.

A tremendous triumph for Operation 021 is its simultaneous international release in about 22 different nations. No Pakistani film has yet brought this golden achievement to Lollywood yet.