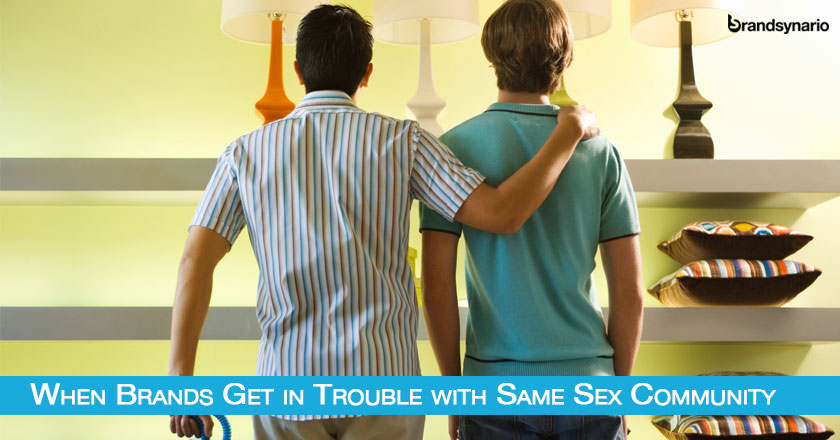 The world’s leading Beverage Company, Coca-Cola and fast food giant, McDonald are facing PR nightmare with the Lesbian, Gay, Bisexual and Transsexual (LGBT) community regarding the 2014 Winter Olympics endorsements, to be held in Sochi, Russia.

Coca-Cola had to terminate an interactive feature via which the users were able to write high spirited messages to the participants.

This move was annulled when a LGBT activist took over the campaign to raise awareness about the Russian anti-LGBT sentiments. The activists also raised concerns regarding Coca-Cola’s attitude regarding Russia’s strict anti-gay policies.

Coca Cola’s troubles with LGBT community started after the famous 1971 commercial which featured artists that wanted “to buy a world a coke” was altered by the NY LGBT activists and instead showed visuals depicting Russian forces targeting the LGBT protestors violently.

McDonald’s faced similar ordeal as well and it gave up its hashtag, “#CheertoSochi” which was, in real meant for boosting the morale of American athletes. Similar to Coca-Cola, McDonald’s campaign too, was taken up by LGBT activists who used it to highlight the LGBT repression in Russia.

Now this turn of events has resulted in conflicting views from all over the world damaging the market standing of both the brands.

LGBT COMMUNITY LASHES OUT ON BRANDS

Human Rights Campaign (HRC) had earlier called on to take measures against the oppression of the LGBT in Russia through the Olympics. It said, “Put marketing and creative advertising to use-helping to build awareness and demonstrate support for the LGBT equality in Russia and globally.”

Instead of taking these claims seriously by taking strong decisions the brands showed an indifference towards the situation and did not oppose the Russian stance.

The fact that giants like Procter and Gamble, McDonald’s and Coca-Cola took no steps to voice against the terrorizing actions of the Russians made the LGBT community to resent the big shots.

According to Mindy Worden of Human Rights Watch, all the brands knew what they were venturing for since the crackdown in 2006 and could have either quitted or could have coerced Russian authorities to mild their anti LGBT approach.

The LGBT community has clearly warned all the companies that they will not back down until equality has been established through brand publicizing and state policies and this includes boycott of states that are against LGBT laws.

It was evident from the two moves that the dust will not settle and brands cannot escape their wrath.

Coca-Cola did however try to make amends before the situation would get even worse and presented a statement on its website,

“…The name and message auto-generator on our South Africa “Share a Coke” website would not accept the word “Gay”, but did accept the word “Straight”. This isn’t how the program was supposed to work, and we’ve pulled the site down until we can fix the problem.

We apologize for this mistake. As one of the world’s most inclusive brands, we value and celebrate diversity. We have long been a strong supporter of the LGBT community and have advocated for inclusion, equality and diversity through both our policies and practices.”

Earlier on as well, Coca-Cola was asked to clarify its stance regarding LGBT rights and the brand had also offended the community its “Reason to Believe” campaign.02