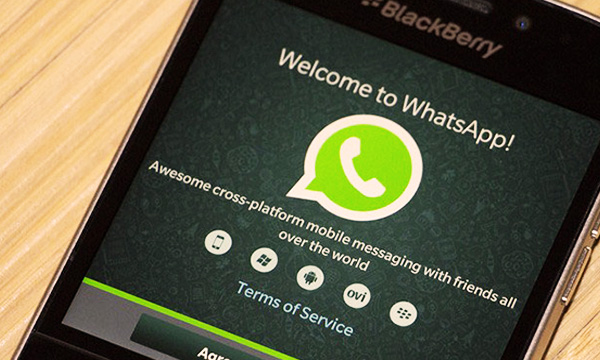 The company had stated through their blog;

“So, by the end of 2016, we will be ending support for WhatsApp Messenger on some mobile platforms. This was a tough decision for us to make, but the right one in order to give people better ways to keep in touch with friends, family, and loved ones using WhatsApp.”

The initial blog post was updated, later on, to confirm that BlackBerry OS, BlackBerry 10, Nokia S40 and Nokia Symbian S60 will all get extended support till 30th June, 2017.

The devices that will be supported untile 30 June 2017 are:

To check the version of your phone, simply follow the following steps:

If you have a Nokia running Windows Operating system:

All devices running Blackberry OS and Blackberry 10. will not be supported from 30 June 2017.

To check your Blackberry OS version:

If you are running any BlackBerry OS release from 10 and below your device will no longer be supported from 30 June 2017.

Here is the entire list of cell phones no longer supported:

WhatsApp has finally made a tough decision for its users; WhatsApp would no more support older phones, including BlackBerry, Nokia and older Android version handsets by the end of 2017, as they withhold back app’s growth. While revealing the reason for dropping support, WhatsApp said; “While these mobile devices have been an important part of our story, they don’t offer the kind of capabilities we need to expand our app’s features in the future.”

When they started WhatsApp back in 2009,the usage of mobile devices was very different from today. The Apple App Store was just a few months old. Most of the smartphones sold at that time functioned on operating systems offered by BlackBerry and Nokia.

However, 99.5 percent of sales today comprise of cellphones with operating systems offered by Google, Apple and Microsoft; this was less than 25 percent back in 2009.

How to Use WhatsApp Without An Active SIM Connection

“This was a tough decision for us to make, but the right one in order to give people better ways to keep in touch with friends, family, and loved ones using WhatsApp. If you use one of these affected mobile devices, we recommend upgrading to a newer Android, iPhone, or Windows Phone before the end of 2016 to continue using WhatsApp,” the blog post added.

BlackBerry, on the other hand, revealed they have sold almost 7 million phones in 2014 alone and with WhatsApp dropping its support from their phones will cost them millions of customers as WhatsApp is the most widely used instant messaging app.